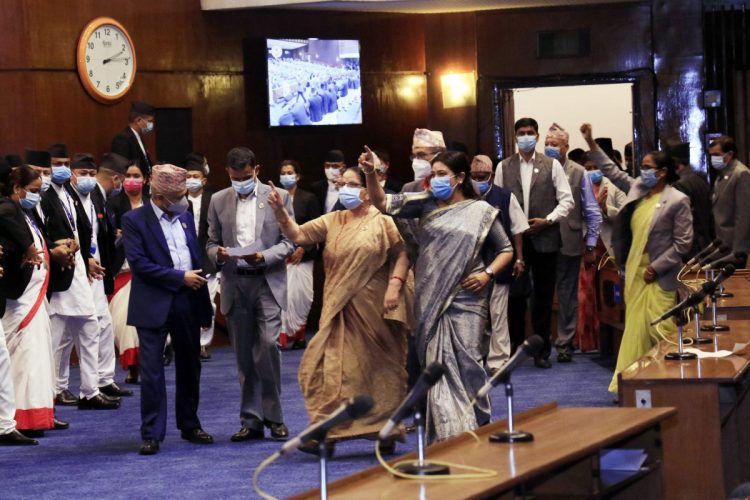 Speaker Agni Prasad Sapkota had urged the main opposition party MPs to cooperate in continuing the House proceedings, reminding of the provision in the House of Representatives Regulations which states that a topic which is under consideration of the court cannot be discussed in the parliament session.

The UML has continued its obstruction even after the Speaker’s request. The parliamentary business has resumed even amid the protest and obstruction.

The main opposition party has continued to obstruct the parliament business since the beginning of the parliament session, demanding action it recommended against 14 of its lawmakers should be moved ahead.

The UML had expelled the 14 lawmakers elected from the UML ticket who split from the party and joined the CPN (Unified Socialist). It had sent letter to the HoR Secretariat informing it of its action.
The main opposition party has been alleging the Speaker of not taking prompt action against the 14 lawmakers against whom it had taken action.