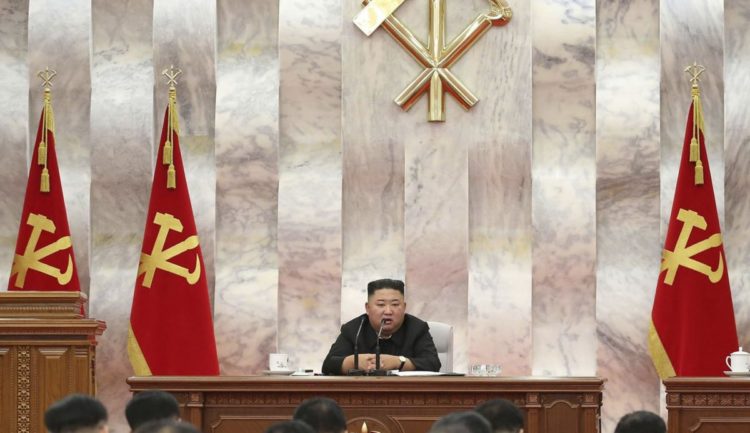 Seoul, Sept. 25 : North Korean leader Kim Jong-un has offered an apology to the South Korean people for the killing of a fellow citizen by its military earlier this week, Cheong Wa Dae announced Friday.

In a formal notice sent to the South, the North conveyed Kim’s message that he feels “very sorry” for greatly “disappointing” President Moon Jae-in and other South Koreans with the occurrence of the “unsavory” case in its waters, instead of helping them amid their suffering from the new coronavirus, according to Suh Hoon, director of national security at Cheong Wa Dae.

The North was informing the South of the results of its own probe into what happened in the notice sent by the United Front Department (UFD), a Workers’ Party organ handling inter-Korean relations.

The North said the “unidentified” man, who crossed the western sea border without authorization, did not respond sincerely to its verbal security checks aboard a floating material about 80 meters away.

Approaching the material, the North’s troops shot two blanks, and he was seen as attempting to flee. They then fired more than 10 gunshots at the distance of 40-50 meters under the related rules of engagement for maritime border security, according to the North’s account.

After shooting, they searched the floating material but only found plenty of blood, not his body, the North claimed.

They burned the material in accordance with the state emergency guidelines for the prevention of COVID-19, it added.

The North also said its leadership thinks “what should not happen has occurred” and instructed troops to establish a system to record the entire process of maritime border security activities so as not to trigger “minor mistakes or big misunderstandings” during such a crackdown.

The leadership repeatedly emphasized the need for taking necessary measures to prevent such a “regrettable” case from recurring so that inter-Korean “trust and relations of respect” won’t fall apart, it added.