No one got majority vote for NC Kaski’s prez post, re-election today

No one got majority vote for NC Kaski’s prez post, re-election today 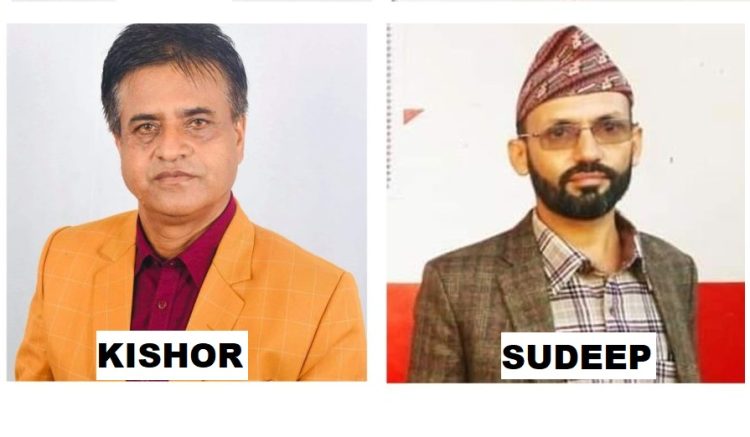 Pokhara: No one was able to get a majority in the voting held on Friday for the post of Kaski District President under the 14th General Convention of the Nepali Congress. Kishor Dutta Baral and Sudip Mohan Bhattarai, who have five contestants, will go to the polls again on Saturday.

Out of 2,025 votes, Baral got the highest number of votes with 644 votes. His rival Bhattarai got 469 votes. Aai Bahadur Gurung, who was third, got 462 votes. Poshnath Sharma has 335 votes and Giriraj Gautam has 63 votes. According to the Election Committee, 47 votes were cast.

All regional representatives and ward chairpersons will cast their votes in the second round of voting on Saturday. For the vice-president, a person has to be an active member of the Nepali Congress for at least five consecutive years. The election will elect two vice presidents, two secretaries and two joint secretaries.

The treasurer will be nominated by the chairperson from among the elected members of the district executive committee.

According to the amended constitution of the Nepali Congress, it is mandatory to get more than 50 percent votes to become the president.