New trekking route to reach atop Ghumte hill of Baglung

New trekking route to reach atop Ghumte hill of Baglung 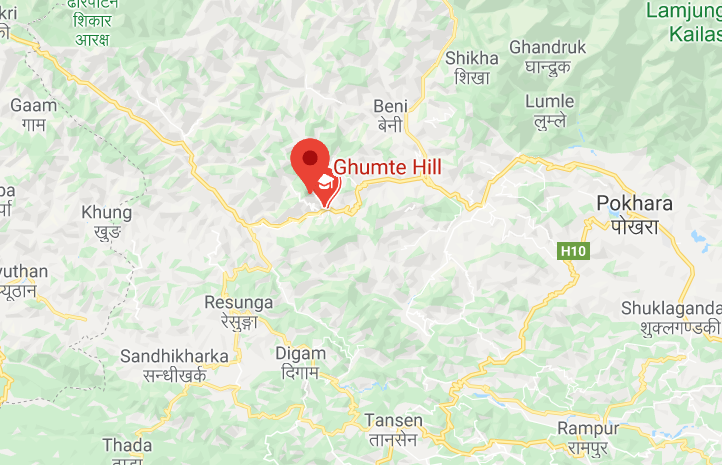 Baglung, August 5: Works are in progress on the expansion of a new trekking route to Ghumte hilltop – a popular tourism site.

With the budgetary support of two million rupees from the Ministry of Industry, Tourism, Forest and Environment of the Gandaki State, the construction works have been continued since one-and-a-half years back.

In the last fiscal year, spending of the federal government for trekking route accounted for one million rupees.

The trekking route construction is divided into two sections, one from Bhimsen Dhuna to Ramchedhunga and another from Ramchedhunga to Ghumte via Tulasi Mairo. Trekking route was expanded by 700 metres from the budget of one million rupees received from the Ministry of Tourism.

“In addition, 104-metre rallying has also been placed along the route”, said chairperson of construction users’ committee Bishnu Thapa.

Locals had also contributed 11 percent kind labour for the expansion of trekking route.

According to ward chair Thapa, last year 400-metre trekking route was expanded from Ajirakharka to Gothalne. This year it has been extended from Gothalne to Thulosamma.

Two kilometer is yet to be constructed to connect Deurali of lower Ghumte from Thulosamma. Next section of trekking route will begin after reaching Deurali.

Last year the lower section saw the expansion of 500 metres from Angakhet to lower Sirbare. In lack of additional budget, the construction has been stalled.

Ward chair Tika Bahadur Thapa said the target has been set to complete the construction of trekking route within next two years.

“Budget allocated from the State government did not come last year. We could carry out additional works from the budget of one million rupees released by the federal government”, he added.