New government would be formed roping in other parties: leader Madhav Kumar Nepal

New government would be formed roping in other parties: leader Madhav Kumar Nepal 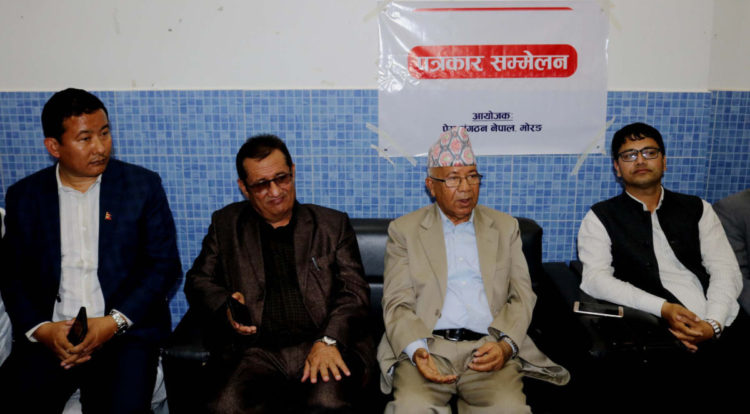 Biratnagar, March 2 :  Nepal Communist Party (NCP) Dahal-Nepal group’s chairperson Madhav Kumar Nepal claimed that a new government would be formed roping in all those who struggled against the dissolution of parliament.

At a press conference organized by Nepal Press Organization, Morang today at Biratnagar, Nepal also assured that a majority of party members were on their side. “Hence there will be no issues regarding authentication of the NCP,” he asserted.

Furthermore, the former Prime Minister shared that they had already written a letter to the Election Commission of Nepal (ECN) regarding the authenticity of the NCP. “We can present all evidences regarding verification of the NCP to the ECN if need be.”

On another note, he opined that the Prime Minister KP Sharma Oli should tender resignation on the basis of morality and pave the way for political outlet.