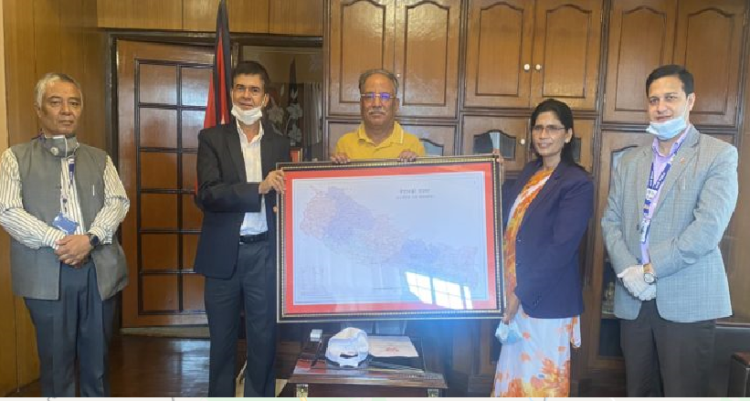 Kathmandu, May 23: An updated map of the country has been handed to Nepal Communist Party Chairman and former Prime Minster Pushpa Kamal Dahal ‘Prachanda’ on behalf of the government.

On the occasion, leader Dahal thanked the entire team including the Minister and government employees who contributed for preparing the country’s new map.