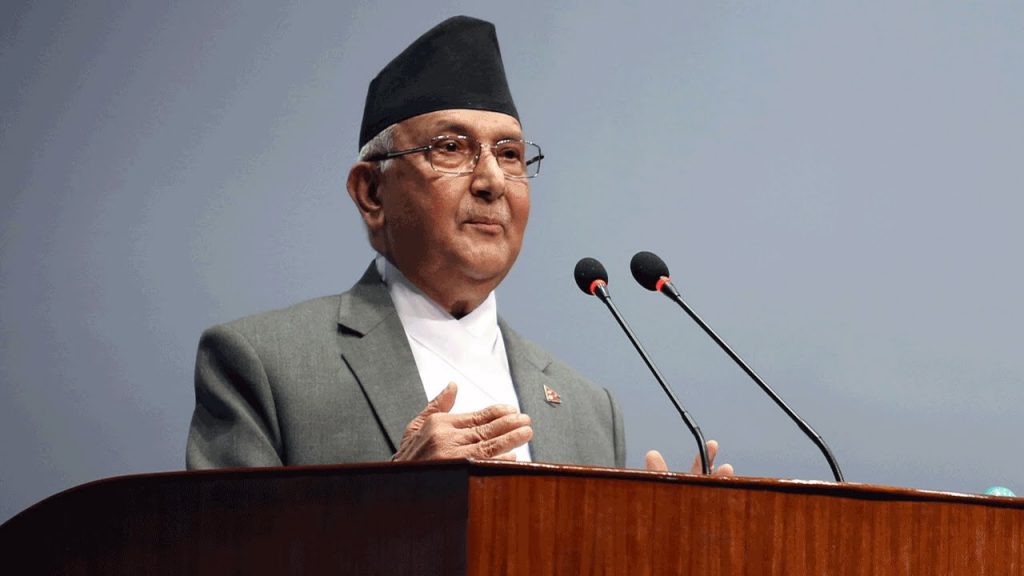 Prime Minister KP Sharma Oli has said he would look into the matter wherein he was reportedly not informed of the letter from Indian embassy in relation to pesticide test in Indian imported fruits and vegetables.

Inaugurating the national workshop organised by Ministry of Federal Affairs and General Administration here today, Prime Minister Oli clarified that the government started testing vegetables and fruits for pesticides imported from India with an objective of providing pesticide free food items. He added that pesticide residue test was not against anyone, it was only for bringing pesticide-free food items to the Kitchen of Nepali people.

Saying healthy, effective, transparent and service-oriented administrative service would be provided, Prime Minister Oli said, “The administration sector should carry out work in a smooth and easy manner.” The PM said, “Some of the people have described state as a separate autonomous body. This is not the fact. State is a body of the independent nation regulated by the federal government.” He clarified that there is a provision that issues related to security, international affairs and financial resources would be looked after by the federal government.

Lack of quarantines reported with upsurge in number of India-returnees

Govt. committed to save people from disease and hunger: PM Oli

Man raped woman and called his 4 friends to join