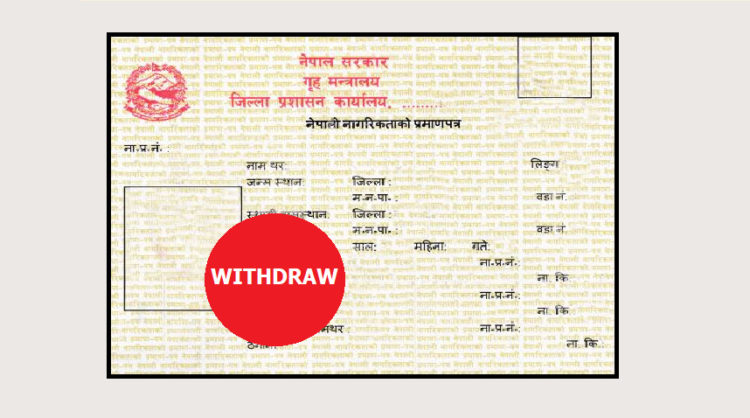 Kathmandu, July 1 : Main opposition Nepali Congress party has demanded withdrawal of the citizenship certificate bill presented by the government in the parliament citing some provisions of the bill contravening with the constitution.

The party drew a conclusion that the proposed amendment is against the political, social and cultural assumptions as well as the existing constitutional and legal arrangement.

It will create constitutional, societal and family complications in future, the NC said.