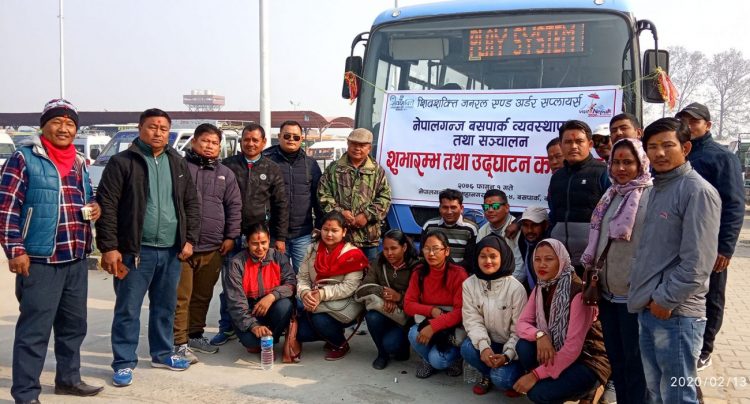 Kohalpur, Feb 13: Nepalganj sub-metro city office has launched 7  buses in the city area. After buying the buses, the sub-metro city office had open tender to run buses in the city area for 5 years. According to tender, Shiva Shakti general suppliers had won the bid and has got right to operate bus in Nepalgunj area for next 5 years. Shiva Shakti has also got right to run modern bus park for next 5 years. The bus park has capacity to park 123 big and 56 small buses.