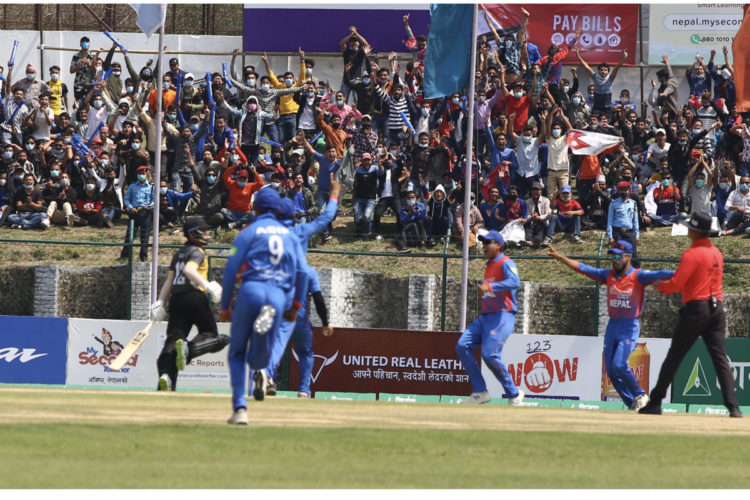 In the match held at Tribhuvan University International Cricket Ground, Kirtipur, on Monday, Nepal defeated Malaysia with ease, riding on a half century by Kushal Bhurtel.

Earlier on Saturday, Nepal had defeated Netherlands in the first match, also by 9 wickets. Nepal is in the top place with four points, whereas, this is the second continuous defeat for Malaysia.

Birandeep Singh took a wicket for Malaysia. Invited to bat first after losing the toss, Malaysia made 109 runs after losing all wickets in 16.5 overs.