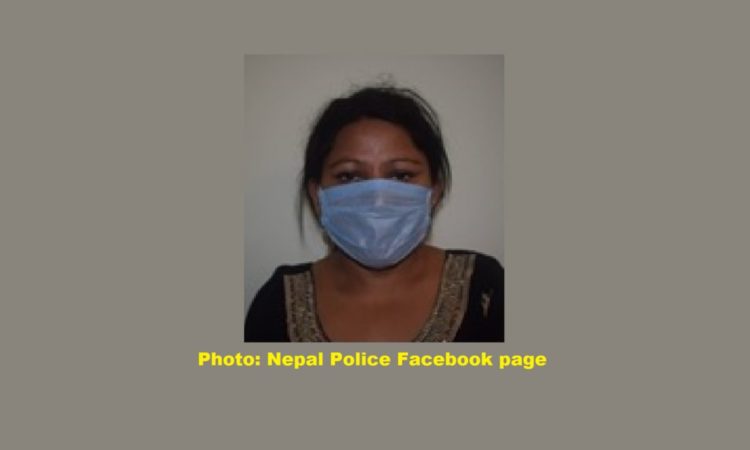 Kathmandu, August 11: Nepal Police today made public Kalpana Mudbhari Poudel, 37, and her 15-year-old daughter on charge of murdering a man and throwing his body parts in a suitcase in the capital city.

The police said that the woman of Kalika Municipality in Chitwan and currently living at Tokha Municipality-10 in the capital city was made public for allegedly murdering Krishna Bahadur Bohara, 45, of Runtigadhi Rural Municipality-7, Rolpa.

On Sunday morning, the police had recovered the man’s body in a suitcase and the head and legs in another bag at Nawajyoti Road in Gongabu of Tokha-10.

With the coordinated efforts of police personnel from Kathmandu and Chitwan, Mudbhari was arrested on Monday at Shaktikhor in Kalika-9, Chitwan.

Police has recovered a sharp weapon, hammer, gloves, pieces of mattress, a shawl, cover of the sleeping tablets, mobile phone and some other things from the site where the incident had occurred.

It is said that Bohara was residing in a hotel for eight months on and he was in contact with the alleged woman in Facebook for almost four years.

According to police, Mudbhari invited the man at her residence and offered some foods mixed with the sleeping tablets and murdered him by hitting with hammer when he lost consciousness.

As he breathed his last, the woman chopped his head and legs off and threw by putting them in a suitcase and a bag, the police shared the details of the horrendous incident.

Police said, after the murder, she left for Chitwan in an ambulance on Sunday evening itself.