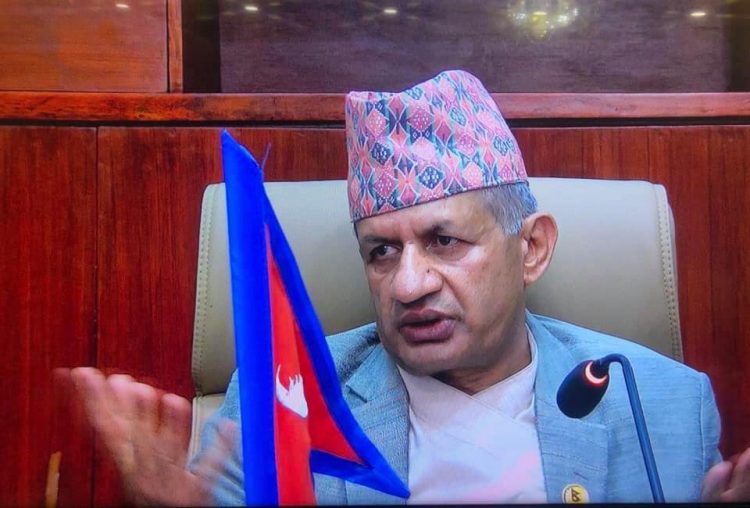 In his address to an interaction programme organised here today on the eve of India’s 73rd Independence Day at the local Reports Club, he said prosperous India could be an opportunity for Nepal as well. India enjoyed significant achievements in the economic sector, securing its position in a list of five-six big economies in the world, he said on the occasion, adding that both neighbours were in a course of pursuing a strong economic understanding putting the economic development in the center. Many projects of mutual interest including the Motihari-Amlekhgunj Petroleum Pipeline Project had been completed and some were on a progressive line.

Lately, bilateral cooperation has been sought in regard with trans-border railway service, agricultural development and so on, according to the minister. He said there was a two-way remittance flow between the two countries. Also speaking on the occasion, former Foreign Minister Dr Prakash Chandra Lohani said India was really an emerging power in the world and was working for the progress of human beings. According to him, Nepal-India relations have four dimensions: political, economic, security and cultural and of them, economic relation is of highly significance.

He was of the view of seeking India’s support and goodwill to reduce Nepal’s high trade deficit with it. Former Foreign Minister Dr Ram Sharan Mahat said India had been an inspiration for many countries for democratic movement. He took time to say that Nepal’s veteran political leaders such as BP Koirala, Manmohan Adhikari, Surya Prasad Upadhyay and Dilli Raman Regmi had participated in India’s Independence Movement which had its influence on them to launch a democratic movement and adopt a parliamentary system at home.

He wished to see more investment in Nepal from India, inflow of advanced technology, more tourist arrival from there and the creation of an atmoshphere enabling Nepal’s export to India in the days ahead. India’s Ambassador for Nepal, Manjeev Singh Puri, said Nepalese leaders had contributed to the India’s independence movement. Besides, Indian leaders such as Jay Prakash Narayan and Ram Manohar Lohiya had taken refuge in Hanumannagar of Nepal which made the scale and closeness of bilateral relations unpredictable. Stating that Indian Prime Minister Narendra Modi had visited Nepal twice in 2018 and his trips to Janakpur and Mustang had led to a rise in the arrivals of Indian tourists there, the ambassador was of the opinion that Nepal would see a quality change if the Arun III Hydro-power Project would complete on time