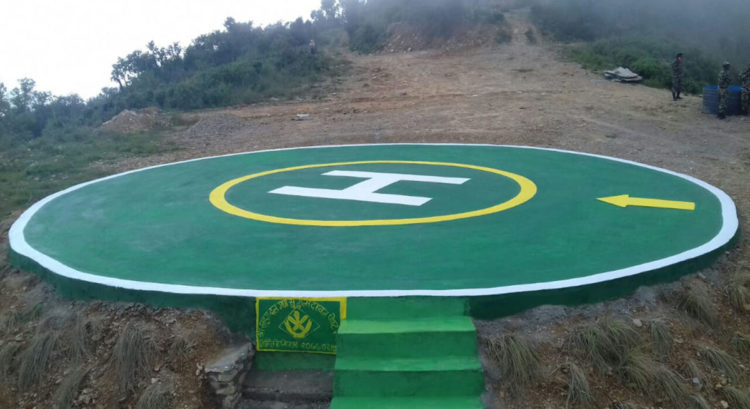 Rolpa, July 6:  The Nepal Army (NA) has constructed helipad at different local levels in Rolpa, a hilly district in State he infrastructure is primarily meant for rescue flights during disaster, health crisis and for pregnant and postpartum mothers.

The project was undertaken by the NA Khadgadal Battalion, Liwang with the support of state government. Five helipads have been constructed in the first phase and the NA had taken the responsibility for four while one is being constructed by the Rolpa municipality, it is said.

Battalion chief Sudhir KC said the constructions was completed amidst the adversity caused by the nationwide lockdown against the COVID-19.

The battalion got involved in the construction as per the mandate of the District Administration Office, Rolpa. It costs Rs 500 thousand each to complete the helipad construction.