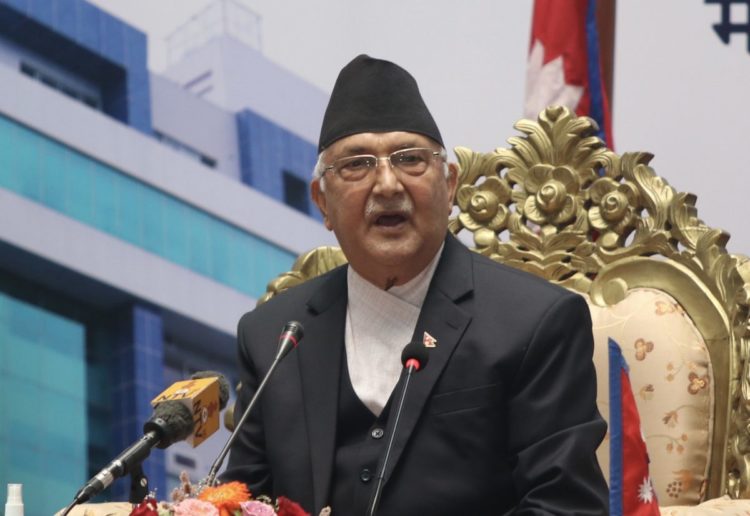 Kathmandu: Chairperson of CPN (UML) KP Sharma Oli on Sunday claimed that there is a need for a communist-led government for good-governance and development of the country. People had developed hopes in the outgoing government led by him, Oli maintained.

“The previous government led by the UML and party itself faced this situation due to irresponsibility of some persons,” said the former Prime Minister at an event organised here by the Tulsi Lal Memorial Foundation on the occasion of the 24th memorial day of communist leader Tulsi Lal Amatya.

Entire party cadres and general people could not learn anything from the party leaders who helped topple the government led by the UML and some leaders within the party do not hold any loyalty towards the party, he claimed.

On the occasion, Oli praised politicians Amatya, Pushpa Lal Shrestha, Manamohan Adhikari, Madan Bhandari and Jibaraj Aashrit for their ‘selfless’ contributions to the party and people.

Also speaking at the event, the Foundation Chairperson Gopal Shakya stressed the need for reviewing causes leading to the party’s split.