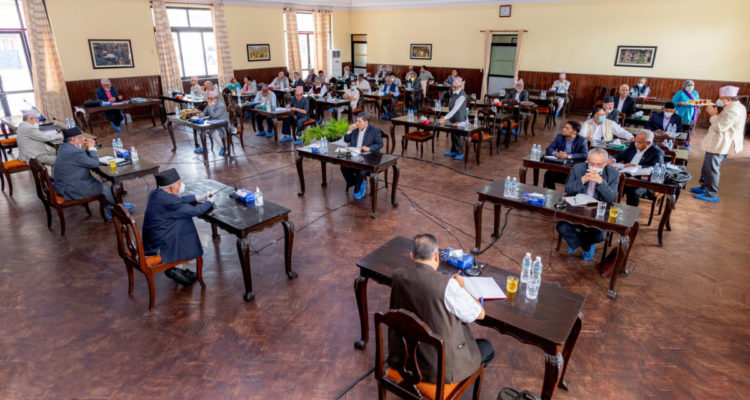 As he said, the meeting will resume at 11:00 am on Tuesday at the Prime Minister’s official residence Baluwatar.

The meeting was adjourned with the realization of the need of further discussions between party Chairs KP Sharma Oli and Pushpa Kamal Dahal ‘ Prachanda’ to sort out issues seen in the party.

So, it means the postponement is meant for providing time for the leaders to sit for additional discussions.

The unification of party, assessment of government performance, Millennium Challenge Corporation and constitution amendment issues are the agenda of the meeting that kicked off on June 24.