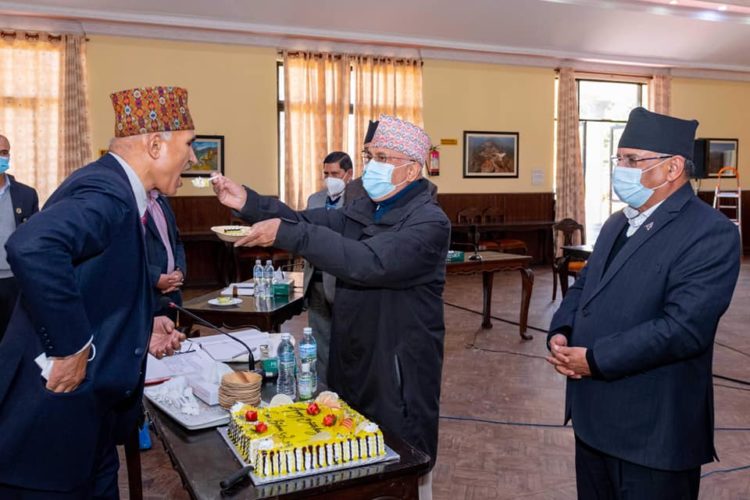 Photos: Facebook of Surya Thapa, the press advisor of premier.

Kathmandu, Dec.1: A secretariat meeting of the ruling Nepal Communist Party (NCP) is underway at the official residence of the Prime Minister at Baluwatar now to hold discussion over dispute surfaced among top leaders.

In the beginning of the meeting, a cake was cut to celebrate 62nd birthday of NCP General-Secretary and Minister for Finance Bishnu Prasad Poudel during which PM Oli, NCP’s another Chairperson Dahal and other NCP leaders had also extended their best wishes to Minister Poudel, according to PM’s Press Advisor, Surya Thapa.

The meeting is focused on written reply presented by Prime Minister and NCP Chair KP Sharma Oli in the secretariat meeting on November 28 and the written letter presented by another Chair Pushpa Kamal Dahal ‘Prachanda’ in the meeting held on November 13. 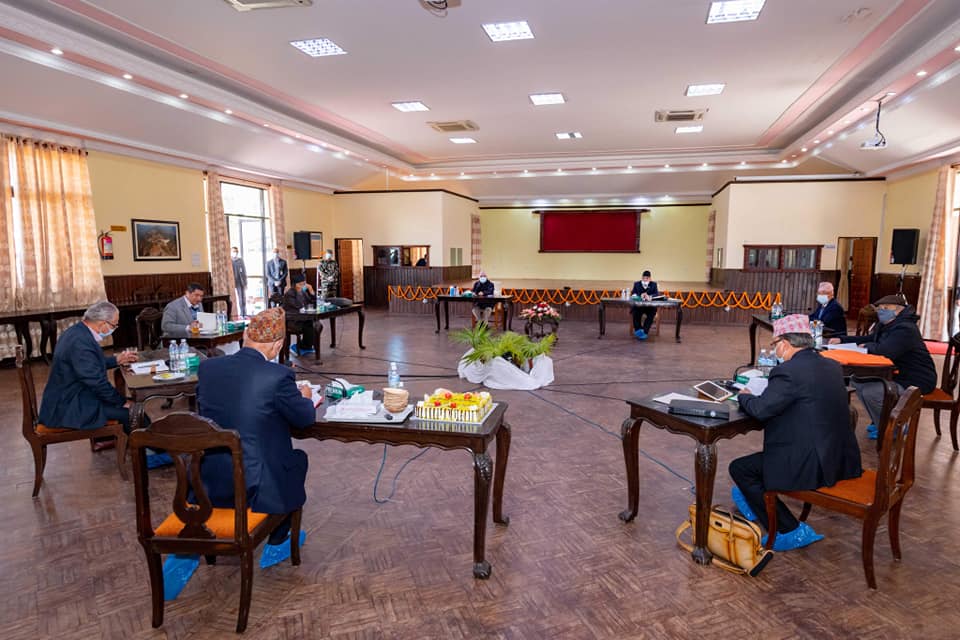 Discussion was held among the leaders to whether the Standing Committee and Central Committee meeting be held on the same day and manner or differently.