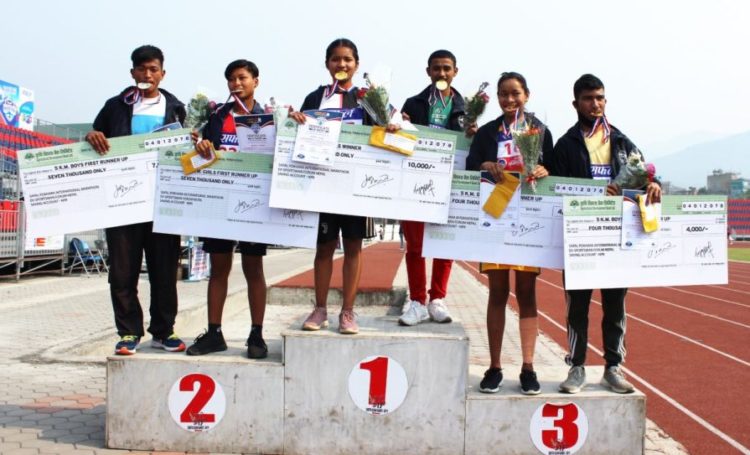 Pokhara, April 17 : A 5 km student race has been organized under the 15th edition of Pokhara Marathon organized by Bhupu Kheladi Manch.

In the race held in Pokhara on Saturday, Bibek Pariyar and Narmata Gurung won the race.

The first on both the male and female students received a medal, certificate and a token of love along with Rs 10,000 in cash.