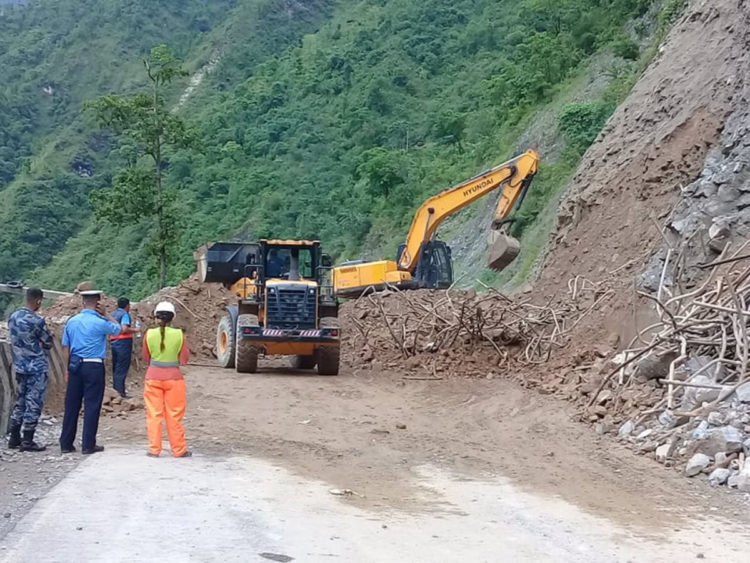 Chitwan, July 14 : After the depression of 17-km stretch along Narayangadh-Muglin roadway, the vehicular movement has been limited to one-way.

Although the rut was filled up with gravels on Monday morning, the depression continued last night, causing obstruction on two-way vehicular movement.

The depression occurred within a year of the road expansion at the area of 17 and 26 kilos.

The roadway has been pressed down by more than one feet. It is said the weakening of anchor wall caused the road depression. The anchor wall was constructed sixteen years back.

The anchor wall was damaged by the Trishuli River. “If the road depression does not stop, it would pose further risk,” Adhikari warned, adding that there is no place to dig in the inner side of road because of huge cliff.

Removal of debris on the roadway is continuous. Narayangadh-Muglin is the major roadway linking to the Kathmandu Valley.