More than 1,300 jailbirds escaped from prison in eastern Congo

More than 1,300 jailbirds escaped from prison in eastern Congo 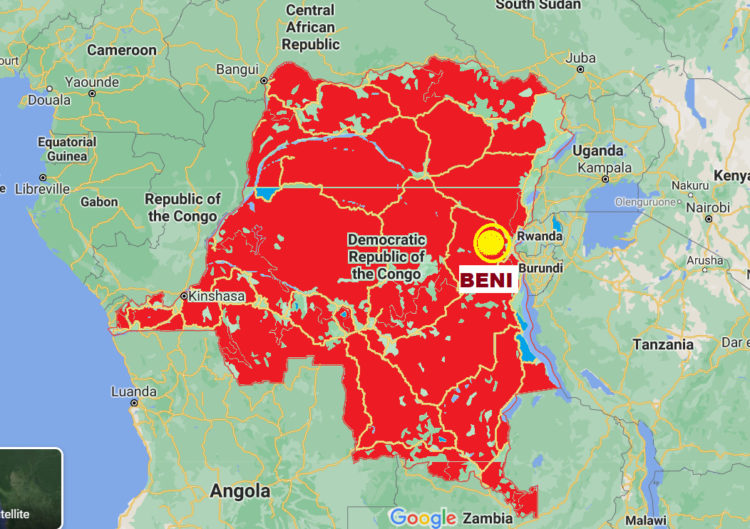 Beni, Oct.20: More than 1,300 inmates have escaped from the central prison of Beni in eastern Congo after an attack by rebels of the Allied Democratic Forces, the town’s mayor said Tuesday.

Mayor Modeste Bakwanamaha told The Associated Press that one inmate had died in the attack on Kangbayi prison.

“We call on the population to report any suspicious person who may be an escaped prisoner,” he said.
The mayor said that 20 of the escaped prisoners had already returned, preferring incarceration to life with the rebels.

“Those who came back say that they were taken by force. They say they had to escape from their abductors, the ADF, because they did not want to live as enemies in the bush,” said Bakwanamaha.

News of the Kangbayi jailbreak angered locals, who feared the mass escape could further exacerbate violence in the area.

“It is a danger to the community of Beni,” said resident Sadi Amundala. “We would like our government to improve the conditions of life in prisons and also strengthen the police and military presence to prevent future escapes.”

The escape comes three years after another attack on the Kangbayi prison in which about 100 inmates had fled and dozens were killed.

The Allied Democratic Forces rebel group, known as the ADF, originated in Uganda and has long been a threat in eastern Congo.

The Islamic State group on Tuesday claimed responsibility for the prison attack, in an announcement on its Amaq news agency.

The IS group has recently claimed some attacks carried out by ADF rebels but the exact relationship between the two groups is not clear.