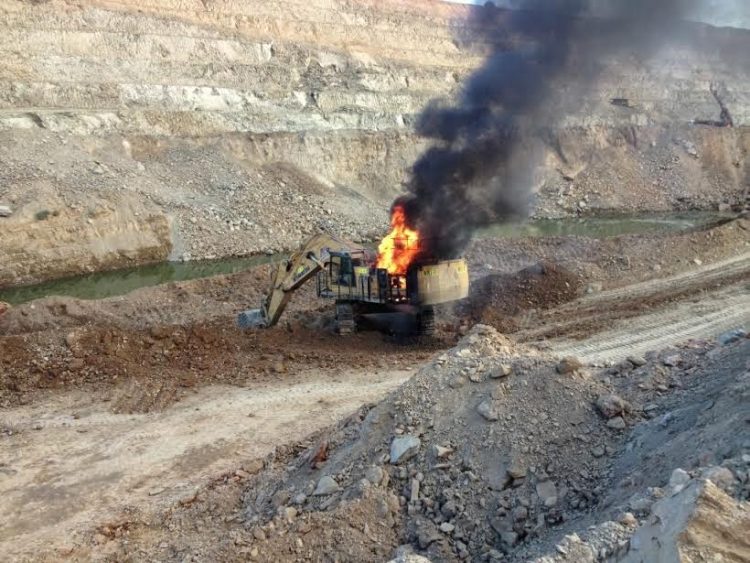 Sindhuli, 21 November: An unidentified group has detonated a bomb on the excavator belonging to the Maruti Cement Factory. Police said a ‘pressure cooker bomb’ was exploded ny an unidentified group targeting the excavator last night.Superintendent of Police at the District Police Office Sindhuli, Chakra Bahadur Singh said the excavator is completely damaged while a dozer and a tipper have suffered minor damage due to the explosion. The excavator had been parked at Kakurkhola on the border between Udayapur and Sindhuli for the night.

It was used for carrying the construction materials from there. SP Singh said that investigation is launched into the incident. No group has taken responsibility for the bomb attack on the excavator.Meanwhile, an excavator belonging to construction entrepreneur Chhetra Bahadur Bamjan was found torched on Wednesday at Arun Thakur of Dudauli Municipality-13 on Sindhuli district. Bamjan said some people identifying themselves as CPN Maoist Biplav-led group had asked for Rs15 million from him some days back. Police has also launched an investigation into this incident as well.