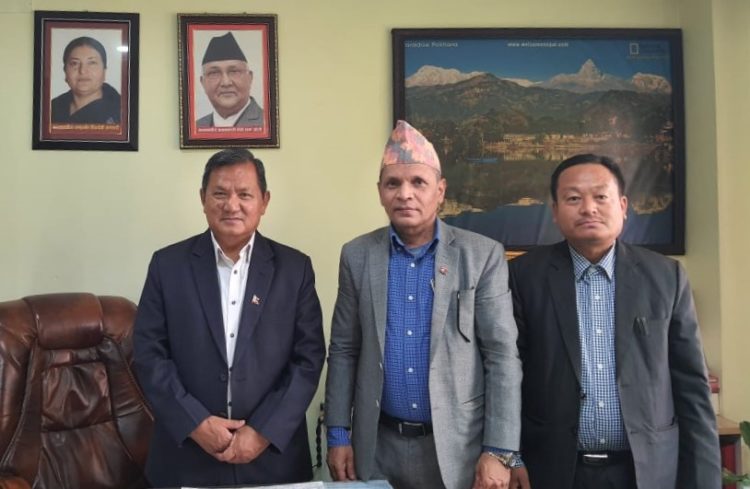 Two minister from Maoist party formally left the government by submitting resignation letter to the CM.

After resigning, Minister, Chuman said that they did so to bring politics in track. He further said, ‘Resignation was the first step and we may even withdraw the support seeing the upcoming political scenario.’

Meanwhile another minister Thapa said that he was asked by CM regarding the cause of the resignation and he replied him saying- ‘Due to unconstitutional work of Federal government.’