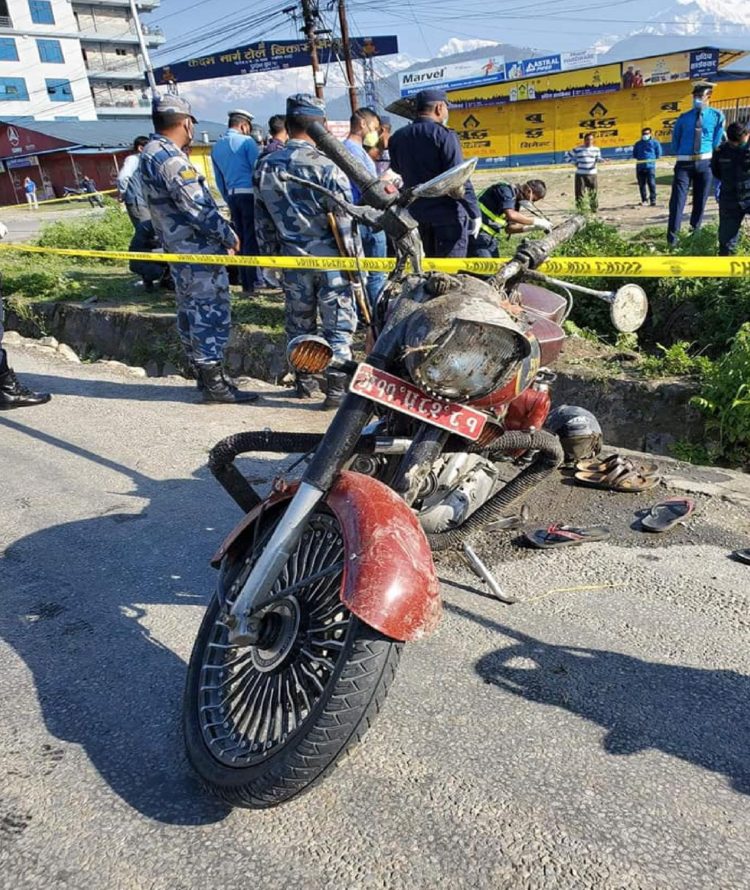 Pokhara, April 2: A 38 year old man died Wednesday night in a bike crash into the canal in Khasi bazar chowk of Chauthe. The deceased has been identified as Nim Bahadur Pun of Budhi bazar who was driving the bike with number plate Ga.11.Pa 8281.

According to the spoke person of Kaski police, Raj Kumar Regmi, a woman this morning had seen the bike inside the canal and deceased was found crashed under it.

Police have taken out the dead body from the canal and is  investigating on the matter, why and for what purpose he was riding the bike in lock down.