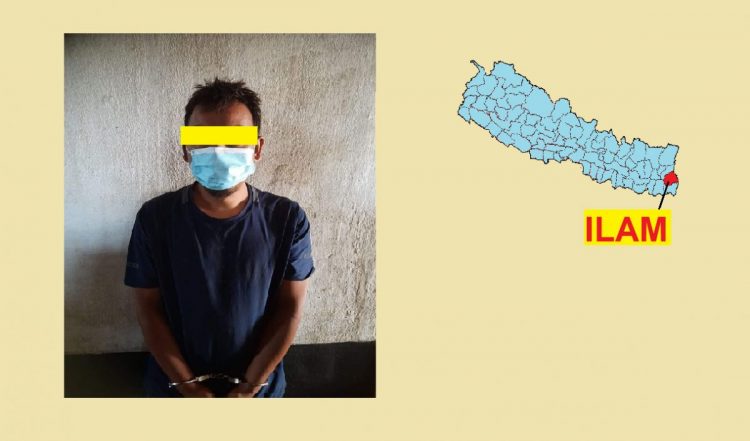 Ilam: A man has been arrested for killing his wife and daughter by biting them in Deumai Municipality-5 at 6 am this morning.

Purnachandra Tamang alias Kamal (34)  had bitten his wife Sita Tamang (34), daughter Diksha (16) in various parts of their body in the name of curing their disease. After killing them he also killed his pet dog.

According to District Police Office Chief Mahendra Kumar Shrestha, the accused has been practicing Shamanism for a month. Police have also arrested his parents and two sisters.