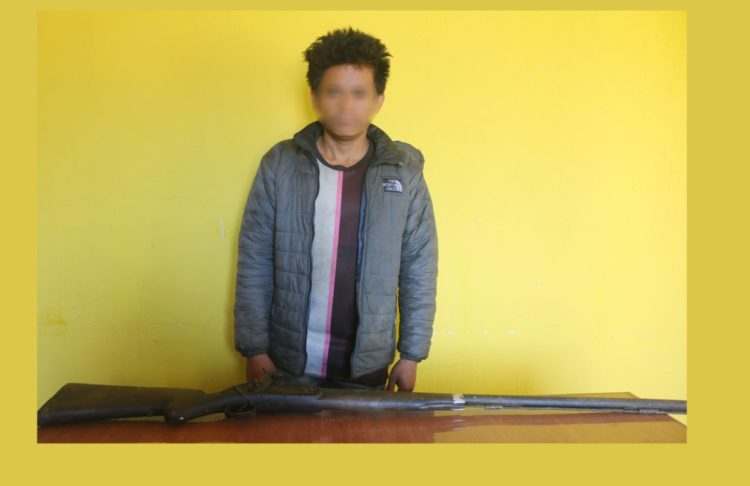 Taplejung, April 23 : A person has been shot dead by a neighbor in Santhakra, Meringden Rural Municipality-2 of Taplejung district. Neighbor Khadak Limbu was shot dead by Akash Limbu of Didimagaun in Santhakra on Thursday evening.

According to the District Police Office, Taplejung, Limbu, 50, staff of Jalpadevi Lower Secondary School was shot dead by Aakash while he was out in the yard of his house.

The 30-year-old Akash, also known as Pratap, is under police control and a loaded gun used in the incident has also been taken under control, police said.

Akash was arrested while hiding in the forest just below the house. The cause of the incident has not been disclosed.