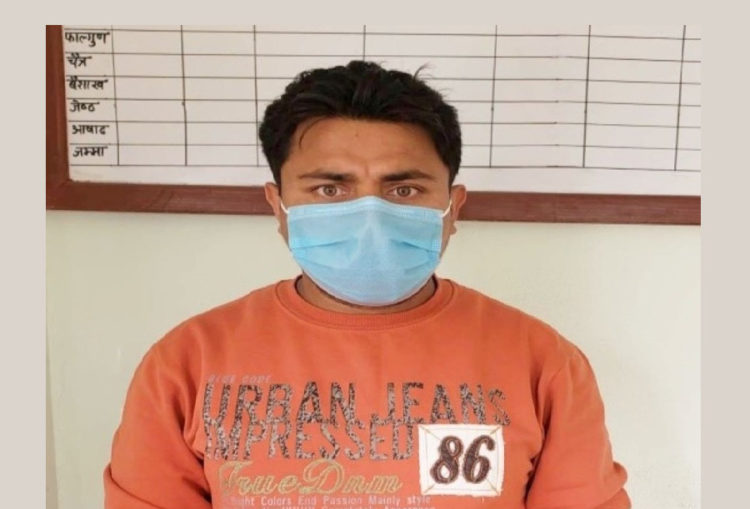 Pokhara, Feb 23:  Police have arrested a man in Kaski district on charge of killing his father.

The arrestee is Ram Krishna Kami, 34, of Annapurna Rural Municiplaity-3, Paudurkot in Kaski and currently living in Mahkuna of Pokhara-32.

According to DSP Subash Hamal, spokesperson of the District Police Office, Kaski, Ram Krishna had thrown wood  on his father, Jum Bahadur Kami (58) over a domestic dispute in his home. A long  wood used to close two  doors was used in the murder.

Wood used in the murder.

He died on the spot, Hamal said. At the beginning police were reported that deceased died after falling from a ladder at his home on Sunday night. But after becoming suspicious, police had started the investigation.