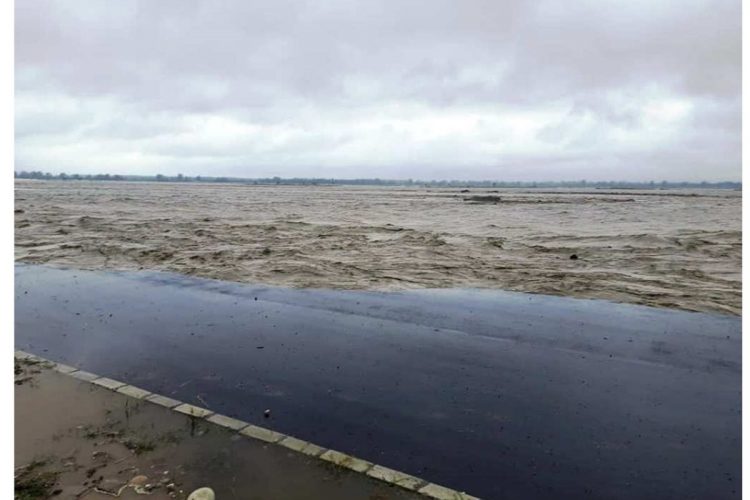 Kanchanpur: The Mahakali River in Sudurpaschim Province has recorded the highest water level in eight years. The water flow in the River bordering Nepal and India was measured to be at 547,224 cusec on Tuesday noon.

Traffic movement across the 92-year-old border bridge between Nepal and India has been shut completely following the alarming rise in the water level in the River, shared Birendra Ayer, Superintendent of Police in the Armed Police Force.

A red light has been turned on in the Mahakali Bridge, a symbol for danger. The last time the River was recorded to have swollen so high was at 544,000 cusec on January 18, 2013, as per the record maintained by the Sharada Barrage.

The security agencies since Sunday started relocating the locals residing in the river basin area after the water level in the River rose alarmingly.