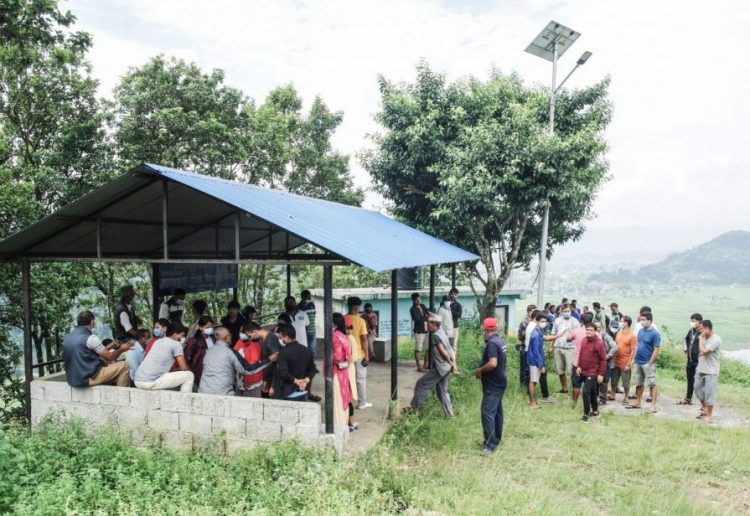 Pokhara: Locals of Pokhara ward no. 30 and 31 have obstructed the 33 kV transmission line from the Nepal Solar Farm Project in Rupa Rural Municipality of Kaski.

The locals have obstructed the solar company while preparing the transmission line to connect the generated electricity to the substation of Lekhnath Electricity Authority without preparing an environmental study report.

The locals have warned that if the project moves ahead with the project, they will demolish the buried poles without addressing the demands raised by them.

Locals said that they did not take into account the risks to human settlements while extending the transmission line, ignored the opinions and suggestions of local associations, institutions and intellectuals, did not address any issue regarding damage reduction and compensation, tried to escape from social responsibility, planted poles by violating road standards.

It has been found that the project is working with the help of the police administration after repeated obstructions from the locals. Shailendra Bhattarai, director of the company, said that the problem was due to rumors circulating among the locals.

He further said said that a distance of 2 meters had to be maintained in the house area, black wire was used in the risk area, no pole was erected on anyone’s private land and environmental impact assessment report was also prepared.