Locals active in preserving century old Baaldharas of Pokhara, no support from government

Locals active in preserving century old Baaldharas of Pokhara, no support from government 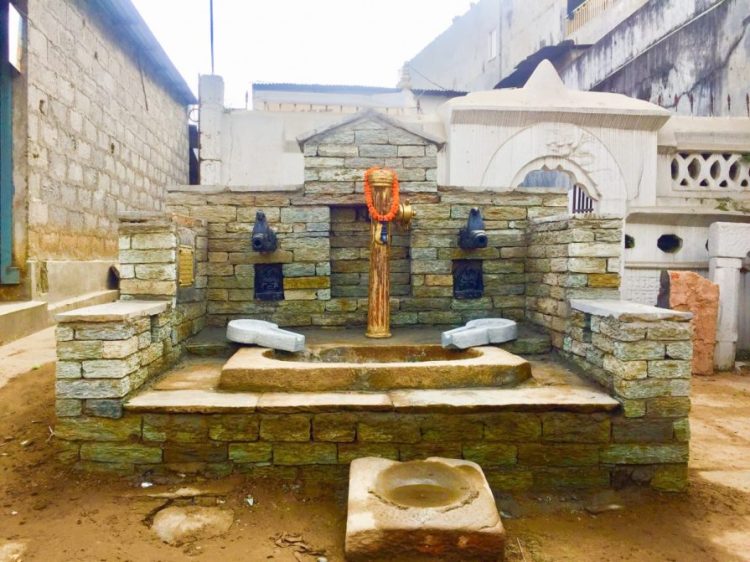 Dhan Bahadur Gurung, Pokhara: The locals of Pokhara had to walk hundreds of meters for water, 100 years ago. There was no water source in any place except the stone stream of Nalamukh which was built in 1898 AD. At that time, they used to go to Dharapani, Laxmidhara and Firke from Bhairav tole, Tersapatti, Nalamukh and other places considered as the old market of Pokhara to fetch water.

People had to walk through the forest and bushes. There was fear of wild animals too. For people of Pokhara who struggled for water, happy days started after 1920 AD. The then Army Commander-in-Chief Babar Shamsher Rana built Baaldhara (water taps) in different locations of Pokhara. His son Bal Narasimha Rana died at the age of 14 and he built 14 water taps in memory of his son. Sanskrit scholar Ashtaman Pradhananga said,  “After the death of his son, Babar Shamsher went to the United Kingdom after locals cried for drinking water.”

He said that the plan was made successful by bringing Baikunthalal Shrestha, a plumber from Kirtipur (Baghbhairav), to Pokhara after bringing equipment and engineers from United Kingdom. Pradhananga recalled that water was supplied to Lakecitzens by constructing two tanks in the current Pokhara-5, Dharapani and constructing water taps at 14 places in Pokhara.

Some of them are dilapidated and some of them have disappeared. Baal Dharas were  the first public tap that were was constructed by fetching water from an iron pipe. Although not much attention has been paid to the protection of those taps carrying history, some social organizations and individuals have shown interest. On the occasion of the 100th anniversary of Baldhara, a ‘Baldhara Samrakshan Abhiyan Samiti’ was formed under the coordination of local, Sunil Ulak. In that committee, Rajan Shrestha, Surya Chhetri and Bishnu Hari Adhikari were the members.

The committee has complained that there has been no positive response or support from the concerned bodies for the protection. Coordinator Ulak said that the work was stopped due to lack of financial resources and necessary government coordination.

Bikal Badgami, coordinator of the Bhairavtole Baaldhara Conservation Committee, said that they are engaged in the conservation campaign despite the lack of support from the government. He said that the work has been started with the help and of the locals after the assurance of support from Ward No. 2. According to Badgami, work is underway to keep the taps intact and make it more attractive by adding stone pond around it. He sayid that 95 percent of the work has been completed so far.