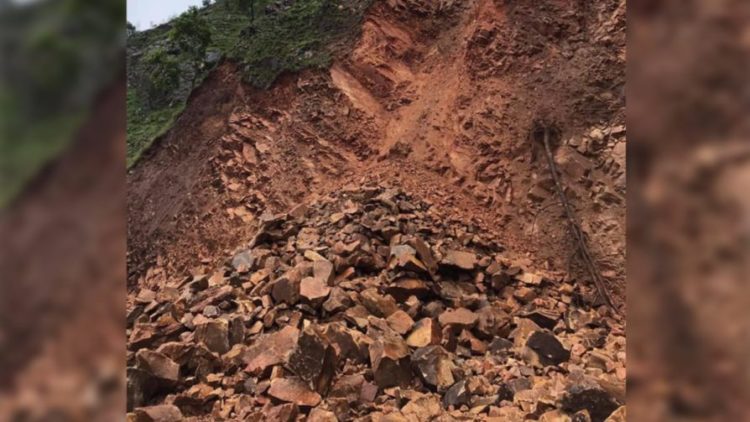 Syangja, Bhawani Adhikari : Siddhartha highway has been blocked due to landslide in Bhalupahad of Syangja,

Big part of mountain has fallen due to continuous rain for the past few days. The hill had been cut for about 8-9 months for the expansion of the highway near Bhalupahad in Phedikhola rural municipality-2.

According to Rajendra Adhikari, Deputy Superintendent of Police, District Police Office, Syangja, a landslide with stones fell from the top of Bhalupahad.

According to him, the highway was blocked when the landslide occurred at around 2am on Sunday. Police said that they are preparing to open the road by bringing a dozer of the Road Department from Pokhara.