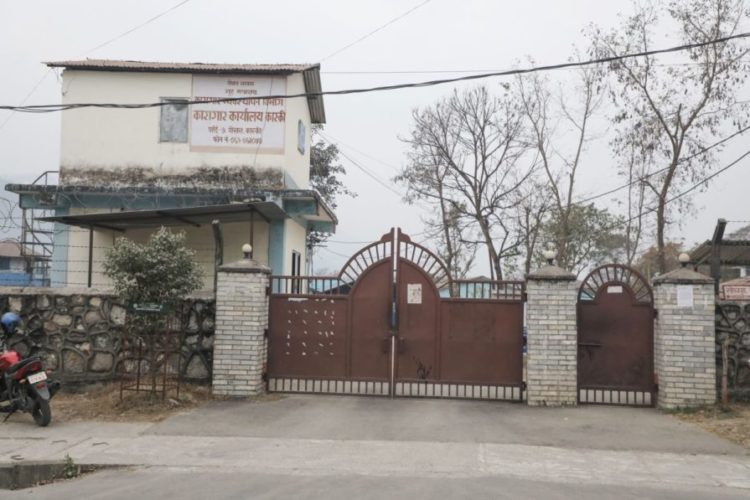 Dhan Bdr. Gurung, Pokhara, Jan 23: Some women have needles in their hands while other have threads. Someone is cutting the thread with scissors and some seem to be busy finishing goods while others are teaching their colleagues. In Kaski District Jail, women prisoners are found doing something in an enthusiastic manner.

Sarita (name change) who is serving her sentence in jail is becoming an entrepreneur by learning skills along with her imprisonment. She says, ‘When I came, it felt like a prison cage, now it feels like a factory.’ She is now good at making cosmetic items.  She is busy in making bangles, potey, top, jantar, ranihar, mangalsutra, rings and other women’s make-up items. She not only makes her own, but also teaches others.

Not only Sarita but also Sabita (name change) is  improving her life after her imprisonment by learning  skills. “It used to be hard to pass the time,” she said. “Now it’s easier as I’m busy.” -she added

Entrepreneurs like Sabita and Sarita, who have become entrepreneurs by learning skills in prisons, earn a small income. According to Sabita, the money she earned was enough to buy food and clothes. “In the beginning, I had to buy new clothes. I took money from my pocket and bought it. “But now its very easy,” she says.

Not only women but also men have become entrepreneurs by learning skills in Kaski Prison. There is no time to give back to the relatives who comes to visit them. Sarita said that she started making cosmetics with the help of various social organizations and social personalities. According to Savita, social worker Bishnu Gurung taught them skills through various means and se also sells manufactured materials. “Bishnu Didi sends the goods from outside,” she said.

Social reformer Bishnu Gurung ‘Ekta’ has been providing raw materials for the women prisoners  to make goods and marketing the manufactured materials. Gurung says that she has helped the women to become self-reliant and survive in the society even after their release from prison. “I send them supplies from outside. They make good stuff and send it, ‘she says,’ I helped with marketing. I tell other sisters to buy too. ‘

She plans to export the goods to the US, UK and other countries. She informed that the process for this has also been taken forward. She said that women in prisons are earning up to Rs 20,000 from the products made from raw materials worth Rs 10,000.