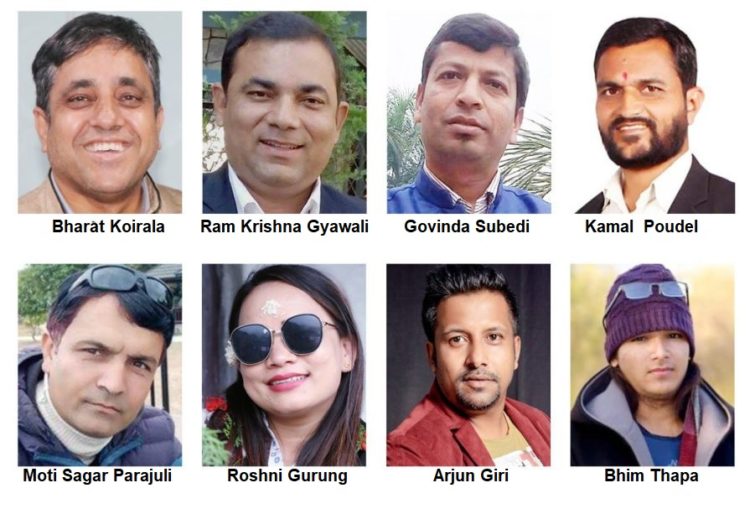 Pokhara, Jan 14: Eight journalists, including Bharat Koirala, the editor of Adarsha ​​Samaj Daily and Eadarsha.com, will receive the award on Friday.

Federation of Nepalese Journalist (FNJ) Kaski branch president Dipendra Shrestha said that the prizes would be distributed at the 15th general assembly and award ceremony of the federation tomorrow.

Editor Koirala will be given this year’s Gajendra Bhandari Memorial Creative Journalism Award. The award, established by the family of the late journalist Gajendra Bhandari and run by the Kaski branch of the Federation of Nepali Journalists, is worth Rs 25,000.

A meeting of the Talent Selection Committee convened by senior journalist Kusum Keshav Parajuli recommended the name of Editor Koirala. Koirala, who has been active in journalism since 2001 AD, has a master’s degree in mass media and journalism. He is also involved in teaching journalism.

According to Chairman Shrestha, Ram Krishna Gyawali, a central member of the Federation of Nepali Journalists and former president of the branch, will be awarded the Daya Shankar Palikhe Journalism Award, 2076 BS.

Jagannath Sigdel Journalism Award 2076 and 2077 will be given  to journalist Arjun Giri and Bhim Thapa respectively.

Preparations are underway to distribute the prizes in a single ceremony as it was halted due to pandemic.

The General Assembly is being held under presence of National Assembly Speaker Ganesh Prasad Timilsina.