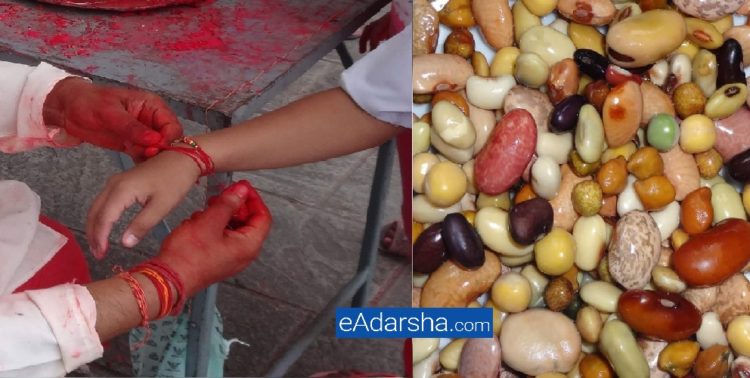 Pokhara, August 3: Three important festivals are being observed across the country today.

On the occasion of Janaipurnima, Hindu males who have gone through Bratabandha are changing Janai (white/yellow thread) diagonally on waist and both the male/female tie Rakshya Shutra (Doro) around the wrist of their hand.

Meanwhile sister ties Rakhi on brother’s wrist for his prosperity and exchange gifts.  This day is known as Rakshya Bandhan in Terai region and is also popular in hilly region.

People offer varieties of foods to frogs. It is believed that by pleasing the frogs, production of crops will increase.

Today’s day is also known as Kwati Punhi (Kwati Purnima). A mixture of 9 beans, popularly known as kwati is eaten.

Consuming Kwati has become popular among all the communities. It was introduced by Newari people in Kathmandu.

As per the notice issued by Ministry of Law on April 4, 2020, Gandaki State is observing public holiday on the occasion of Janaipurnima.