Israeli strike destroyed building with offices of Aljazeera and AP

Israeli strike destroyed building with offices of Aljazeera and AP 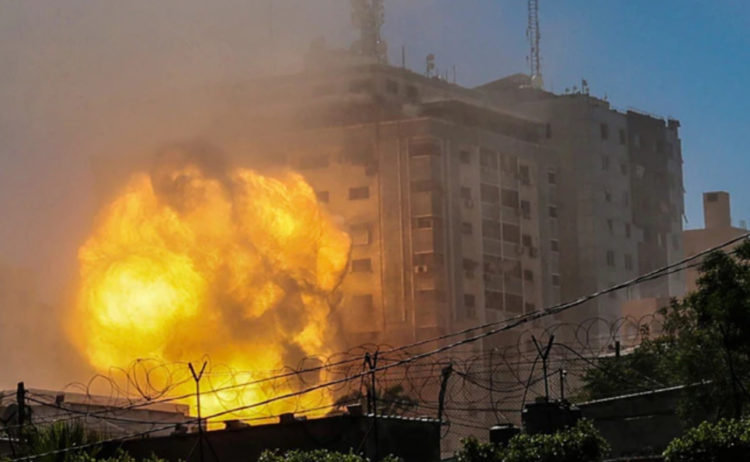 Gaza, May 15: A 12 storey building located in Gaza Stripe with the offices of popular news channel, Aljazeera and news agency, AP has been completely destroyed after being struck by Israeli missiles.

Aljazeera has strongly condemned the attack saying that the Israel blew the building to stop journalist from disseminating news. Meanwhile AP has said that it was shocked and horrified by the attack on the building with the office of media houses.

Media outlets were given 1 hour time to evacuate the building. The owner of Al-Jalaa tower had plead Israeli officer on live TV to let journalists collect their camera before they bomb it. But within 10 minutes the building was attacked by missiles.