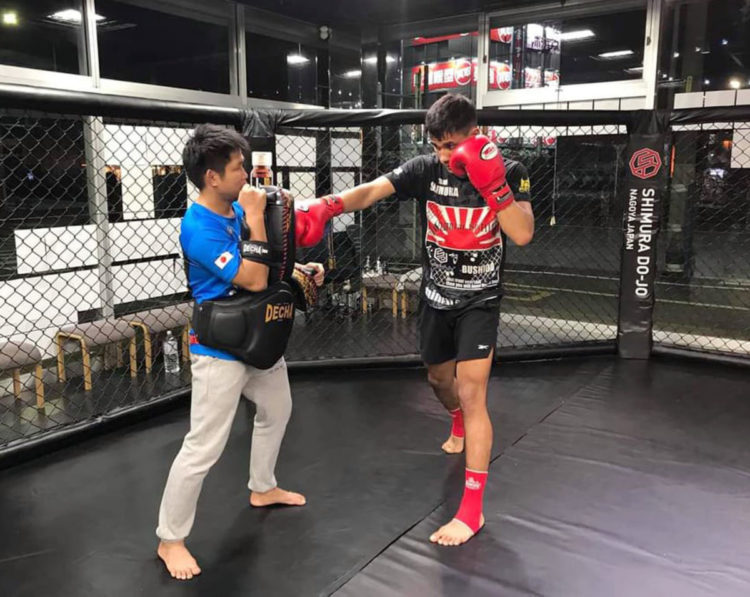 Kathmandu, Dec.5: Youth boxer Abiral Ghimire who sets a world record in the international boxing tournament currently keeps himself busy in the practice as he will be competing for the K 1 Kick Boxing International Tournament 2020 taking place in Tokyo, Japan on December 13.

According to youth social activist Ram Narayan Ghimire, the boxer is practicing in the guidance of his father Dev Kumar Ghimire who himself is an international boxer and trainer.

Abiral known as the ‘Himalayan Chituwa’ (Leopard) spends over eight hours a day for the tough practice. His instructor believes that he (Abiral) would win the title.

The 21-year-old boxer will meet Brazilian competitor Philip Kumura for the title. If he could beat the Brazilian boxer, he would be able to take national boxing image to a new height.

He, originally from Gurjudhara of Chandragiri Municipality, has been in Nagoya of Japan for the past five years.

He is the first youngest Nepali boxer to participate in the ‘K One Kick Boxing Tournament’ which is a prestigious competition in the international sports forum. His father and present coach Dev Kumar had represented Nepal in the match in 2004.

Dev Kumar hopes for further encouragement to Abiral on behalf of the Nepal government, sports lovers and the people through a social networking site.

Non-resident Nepali Association Japan’s Vice Chair Deepak Karki said it was indeed a matter of pride and prestige for Nepal that Abiral was representing the country in the tournament.

Abiral is the winner of the title of ‘Host Cup S’ held in Tokyo last year.

In the final, he beat Japanese player Rada to clinch the title. Rada is the professional kick boxer of Japan.

He also won the title of Hit 46 Kick held in Nayoga of Tokyo last year, becoming the youngest player to clinch the title.