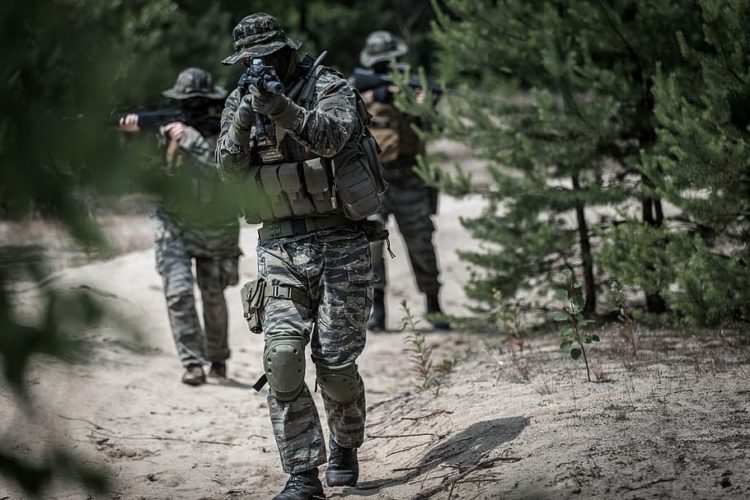 As the world is now in a deadly war against the pandemic, however, there’s no contradiction that a waging conflict around the corner in different parts of the globe is still predictable. The distressing situation in the middle east to ceaseless friction in the Korean Peninsula along with the constant quarrel in the Indo-China border threatens world peace, often. This is why an understanding of the concept adjacent to such conflict would be relevant in the midst of the pandemic crisis.

The term International Armed conflict(IAC) is of recent origin substituting the well-propounded word ‘war’, where war has remained an undeniable yet disastrous fate in human history. With the change in the ‘term’ used, there have been substantial changes in its applicability and ideas surrounding thereon.

The war which was then to be declared by both the powers and would only commence with their approval to the situation, now, is seen in a very different perspective in the international arena. In a simple sense, IAC may be interpreted as a tension that arises between two high contracting parties or two states that leads to the arms confrontation. But this necessarily does not perceive any sorts of arm confrontation of actors who do not represent or who do not act on behalf of any states. Like in the war, outrage used to burst among the sets of armies representing kings/high commands where power show off led to the age’s long enmity and destruction towards an indestructible humanitarian crisis. So, is International armed conflict, to put it simply, it’s a synonym to war which was framed back then; and is now explained as a power confrontation between two or more high contracting parties, not to x out any person acting on a behalf of a state if defended by another state party acting on the superior command. IAC can be simply put as:

Although IAC does not necessarily suppose that the conflict must be between military forces, at times border guards or coast guards may play the part. Well, it’s undebatable that International Armed conflict has varied understanding and a broad criterion to meet unlike its narrower counterpart Non-International Armed conflict, which then creates vagueness to apprehend.

The Geneva Conventions of 1949 in common article 2 states that:

“In addition to the provisions which shall be implemented in peacetime, the present Convention shall apply to all cases of declared war or of any other armed conflict which may arise between two or more of the High Contracting Parties, even if the state of war is not recognized by one of them. The Convention shall also apply to all cases of partial or total occupation of the territory of a High Contracting Party, even if the said occupation meets with no armed resistance”.

It is supposed to mean that the international armed conflict doesn’t depend upon the opinion of the conflicting nations, rather, the situation which they ‘are in’ shall be the determinant to decide whether it’s to be confirmed as an IAC.

But then again, the limitation was sensed when the world was ongoing through several upheavals ranging from Israel occupation in Palestine to Apartheid regimes in South Africa, an addition was necessary to enlarge the scope of IHL. Whereon, additional protocol II on art 1(4) to the 1949 Geneva Conventions was included to incorporate the armed conflicts ‘in which people are fighting against colonial domination, alien occupation, or racist regimes in the exercise of their right of self-determination’.

However, the scope for the additional protocol is very limited and shouldn’t be confused with the armed conflicts that may arise against the dominant regimes; it should solely be cemented to the conflict against an alien occupation, colonists, or racist suppression. The Syrian Civil war with the involvement of different foreign allies narrates IAC. The US-led coalition attacked the Islamic State group without the consent of Syria, Turkey taking one step further attacked the Kurdish militia and Israel stood against Iranian Targets in Syria. This is how a Non-International Armed Conflict (NIAC) diverted into IAC in Syria.

An instance of the Korean war (1950-1953) can be taken to better understand IAC which was internationalized and globally watched. The three years long war saw the involvement of the US and China directly. When the Democratic People Republic of Korea invaded South Korea, the UN stood up for South Korea declaring North Korea as a belligerent and establishing South Korea, as the only authority that could have held onto the Korean Peninsula. The conflict saw the widest resistance from both sides and could only be halted with an armistice agreement. Even then, the two nations still threaten one another till now and are standing on the edge of a cliff for another confrontation. From instances such as North Korea destroying liaison offices with the south in Kaesong to alarming activities on Yeongu targeting South Korea’s marine installments and whatnot, may nudge both towards another armed confrontation. The world can only hope that the armistice agreement will be an ultimate stalemate, instead of a pause and a repeat phenomenon of IAC. 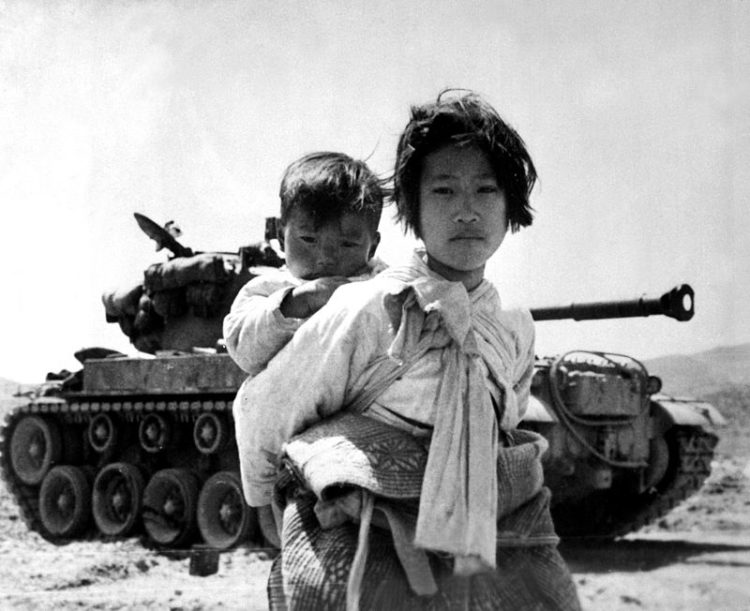 It may be debatable on the threshold required to pinpoint IAC; which is quite low. On the other hand, it might be taken as a beneficial theory to prevent any sort of deterioration in the ‘status quo’ of the conflicting nations. Since the scope of IAC is diverse in opposition to NIAC, the escalations that may arise out of the context can be lessened to a greater extent. Sooner the IHL comes into the scene the better response can be forwarded towards the crisis and ‘state of war’ may be averted completely. Even so, it’s true that the legal definition of IAC hasn’t been made in any of the conventions or protocols whatsoever.

The recent case of Galwan valley near the Indo-China border depicts the same, where the demilitarized border witnessed a serious clash among the border armies, killing a few of them. 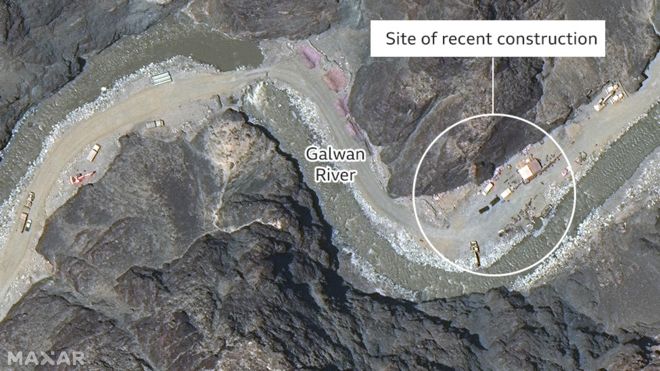 The clash in the Galwan Valley, in the disputed Himalayan territory of Ladakh, took place on 15 June, 2020. (Photo: BBC)

It’s difficult to analyze the situation in the international arena since the UN charter clearly mentions ‘sovereignty and self-determination’ of every nation to be unquestionable. It can neither be prompted as an IAC nor IHL can play its part. It evoked another question on the method of the demilitarized border that is naturally packed with bottled up emotions, if, could actually mitigate the tension. It has aroused concern for a different approach to the idea of a demilitarized zone so that such accelerations could be pacified. As for now, in such situations, all we can expect is for nations to act responsively and deescalate the tensions with ease, without any further surge clashes.