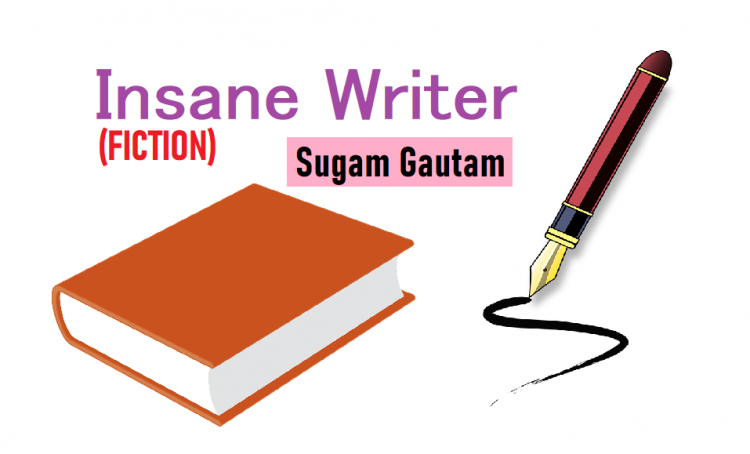 Sugam Gautam: “It’s not going to happen,” Susant murmured to himself and slammed off the laptop after reading the rejection letter of his manuscript, which he had sent to one of the leading publishing houses of Nepal. Susant had quitted his job at an IT company to embark his career in writing. His passion for literature drew him to the realm of writing and made him leave the highly paying IT firm. Now he was all into becoming a writer, but it was not going well as he had been rejected more than five times by the different publishing houses based in Nepal.

Giving up a stable job to become a writer was a risky call, and it was beginning to dawn on him, but he was not among the ones to be defeated by failed attempts. He believed he could write well and that people would find his book interesting. But to his surprise, his manuscript was not even being accepted by any publishing houses.
For a few minutes, after closing the laptop, he stared at the ceiling and sank into deep contemplation. “Where did I go this time?” He wondered. When the previous publishers rejected his manuscript, he had re-worked on it, but the publishers never accepted it even after doing so. At times, he would feel he hadn’t described the characters and scenes too well.

Taking the printed copy of his manuscript, he went out to the balcony. The balcony offered a view of the snow-full mountain. Over time, he had started describing every scene on his head, thinking it would help him in his writing. So this time, too, he described the scene on his mind.

“Did the publisher say anything about the manuscript?” Rajnesh asked to Susant.
“No. They said nothing. At least, they should have told me what is wrong with my manuscript.”

Susant was madly passionate about writing, but he had little knowledge about the technical aspects of writing. After all, he was an IT graduate, and he was not supposed to know more about literature. To add insult to his injury, his family and relatives were also against his decision to leave the job at the IT company. Sometimes, he felt support less, but his girlfriend would always console him and boost his spirit. Although her girlfriend was also not happy with his decision, she believed Susant would someday come across as a writer. “Don’t worry dear. Someone will accept your book. I’m sure, they will,” she would say.

Before opening the pages of his manuscript, he held a cigarette and began to smoke. The numerous failures had made him smoke and drink more often than he used to. After smoking two cigarettes in a row, he began to check his manuscript once again. He doubted that his inability to describe characters and scenes was the reason behind the rejection. He decided to re-work on his manuscript. He was determined to make it best this time.
Two months passed, and he finished re-writing. Like every time, he held a meeting with his old friend, Rajnesh, to discuss about the manuscript. They decided to meet at Coco Beach, Lakeside. Coco Beach was a restaurant located by the bank of Fewa Lake.

The dim shade of the sun fell on the lake’s water as they got seated on the sofa of the restaurant.
“Did the publisher say anything about the manuscript?” Rajnesh asked to Susant.
“No. They said nothing. At least, they should have told me what is wrong with my manuscript.”
“No publishers have ever stated you the reason behind the rejection, right?”
“Yes, I don’t know why they never tell me anything.”
“Maybe, they are too busy to respond to every manuscript.”
“Only God knows. I’m exhausted,” Susant said and heaved a sigh.
“I think the publisher in Nepal finds it risky to publish English fiction. There are very few readers who read English novels,” Rajnesh said.

“Yes, there are limited English readers. But publishers accept good books. For them, it’s not always about money.”
“I think you still haven’t become good enough to write books,” Rajnesh said, looking at the eyes of Susant.
“You’ve read the script, no? Don’t you find the story interesting?”
“The plot is fine but there are areas where you should work on. Like, your language is not so good. The story is not in flow. I like the way you’ve raised social issues, but still, there is a lot to edit.”
“I have edited it for the five times or maybe more than that. This time, I feel like I’ve done well.”
“You never listen to my suggestions. Please get it edited by the professional editor. They will check your grammar and everything.”

“Never. They cost too much. Plus, they don’t maintain originality. It’s not worth paying them.”
“Fine. It’s your choice. Choose a publishing house and give it a try once more. And, send me the recently edited manuscript. I’ll go through it tonight,” Rajnesh said.“Sure,” Susant said and waved at a waiter. The two friends then enjoyed the chilled beer on the hot evening of summer.

Forty-five days later, Susant received the mail from the publishing house where he had sent his manuscript. After reading the mail, he shrieked and threw the laptop away. The laptop broke into pieces. He lay on his knee and cried for hours. Later that evening, he drank a bottle of whisky. And it became his routine to finish a bottle of whisky every night. The sixth rejection hurt him like never before.

Little did he know he would become a victim of depression one day. A few months passed, and he never stepped out of his home except for buying the drinks. The money he had saved was getting consumed, and now he had very few of it left in his bank account. He couldn’t ask for money with his family as they would scold him again for leaving the job at an IT company. His friend, Rajnesh, went to the USA for a Master’s Degree. He felt alone than ever before. Sometimes, he felt like giving up his dream, but he couldn’t make a solid decision.

One day, while he was sitting on the balcony, a new idea popped up in his mind. He entered his room and tore the printed copy of his manuscript. He decided to write a new novel, and he chose to write his own story of struggle on the journey to becoming a writer. He wrote his own tale wholeheartedly and labeled it as fiction. It took him almost two years to finish the manuscript. He was 25 when he first started writing the book, and he turned 28 when it was published. Not only was it published, but it became a bestseller. He had left the job at an IT company at the age of 23, and it took him five years and a lot of madness to become what he is today.

Sugam is a writer from Pokhara.