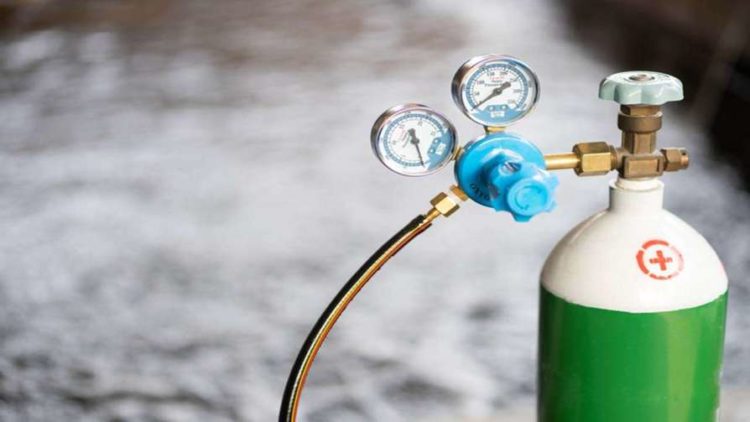 Pokhara, May 14: In the time when nation is facing acute shortage of oxygen supply in hospitals,   Anandaraj Batas, chairman of the Batas Foundation has taken initiative to set up oxygen plant in Gandaki Hospital (Western Regional Hospital).

Batas had posted a call on social media, “Let’s help to set up an oxygen plant at the Western Regional Hospital in Pokhara.” At the same time, he met the mayor of Pokhara, Man Bahadur GC. He urged the private sector to set up an oxygen plant at Gandaki Hospital. He also said that Mayor GC had requested him to established the plant from private sector as  it would take more than six months for government to do the same via tender process.

Batas got more encouragement when he got the mayor’s words with his thoughts. Then he rang some his friends and got promise to support. He said that after writing on Facebook, Rs 1.5 crore was collected easily. He informed that he has also called CEOs of the bank and expects that Rs 1 crore will be collected from them. Meanwhile, many industrialists are giving hand in hand in this campaign.

He plans to raise around Rs 50 million for the time being. “Around 30 million is needed to set up a plant that produces 10 to 15 cubic meters of oxygen per hour,” said Batas. About Rs. 35 million has been raised in this campaign so far. Batas has provided Rs 5 million from affiliated organizations. The Batas Foundation will provide Rs 2.5 million itself.