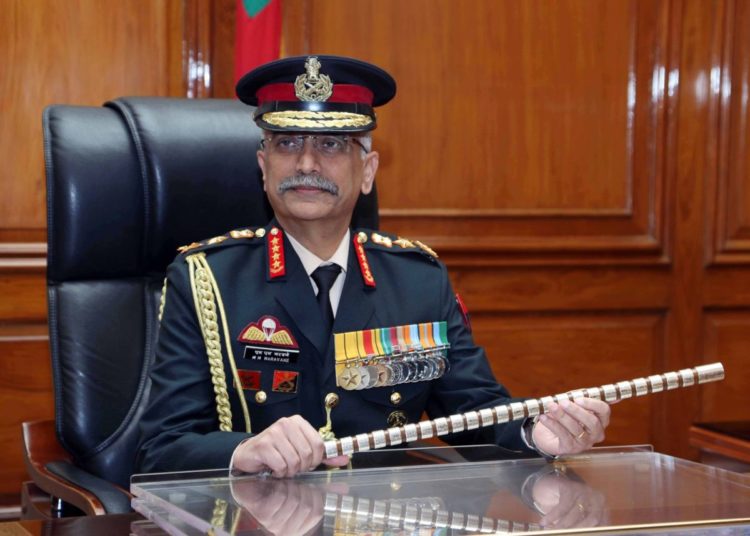 Kathmandu, Oct.27: Chief of the Army Staff of the Indian Army, General Manoj Mukund Naravane, is scheduled to arrive here for a three day-visit to Nepal from November 4.

He is arriving here at the official invitation of Chief of Staff of the Nepal Army, Purna Chandra Thapa.

According to the Nepal Army Directorate of the Public Relations and Information, President Bidya Devi Bhandari would confer honorary title of the Chief of the Army Staff of Nepal Army on Naravane.

There is a tradition between the Nepal army and Indian army of presenting honorary title of general to the CoAS of one another country.

General Naravane is also scheduled to hold official talks with Prime Minister KP Sharma Oli, who has also taken the charge Ministry of Defense, as well as CoAS Thapa, according to NA Spokesperson, Santosh Ballav Poudel.