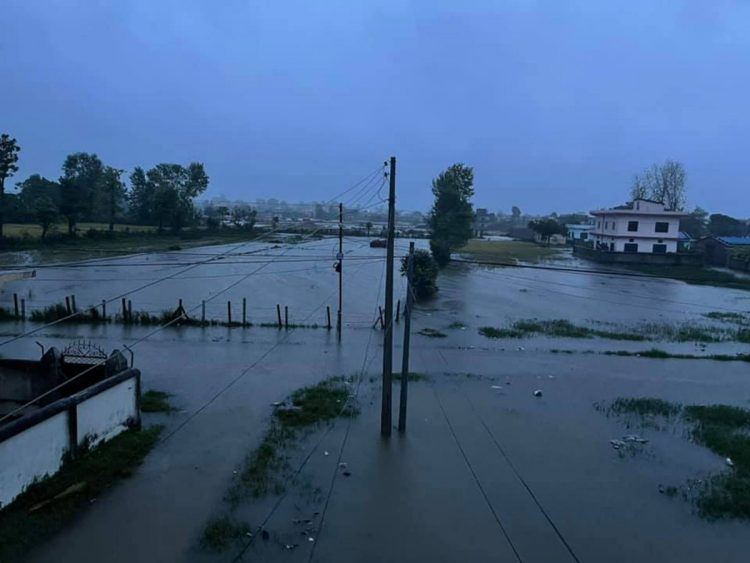 Dhangadhi:  Different areas in Dhangadhi have been waterlogged due to the incessant rainfall from Sunday.

Normal life has been affected as Bishalnagar, Milanchowk, Shibanagar, Krishnanagar, Malita tole, Uttarbehadi, Campus road, among others have been inundated.

A local of Dhangadhi-2, Yogeshwori Ojha, shared that problem has surfaced in their movement as road has been inundated.

Locals complained that different settlements become waterlogged due to blacktopping of roads without making arrangement of sewerage.

Not only the settlements surrounding the market areas, some of the main roads have also been inundated. Similarly, the rain has also damaged paddy crop.

Meanwhile, a report from Dang said that the incessant rain since Sunday night has damaged the paddy ready for harvest.

“The paddy crop was ripe and we were expecting a good harvest. But the heavy rain since Sunday night has damaged the crop, said one Dhaniram Chaudhary of Dangisaran rural municipality.

Farmers said besides paddy crop, the rain has also damaged mustard and vegetable crops. The paddy fields have become waterlogged due to the rain in Ghorahi, Lamahi, Bhalubang and west Dang.