I am not involved in making Hamal a minister: Chief Justice Rana

I am not involved in making Hamal a minister: Chief Justice Rana 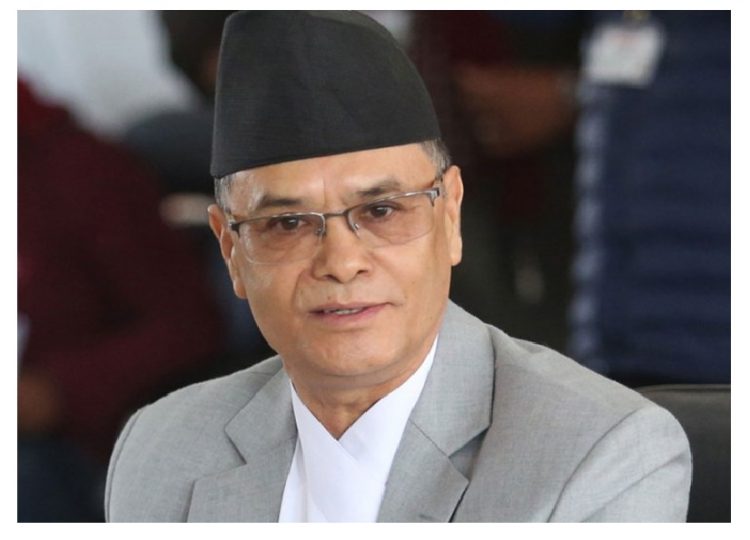 Kathmandu: Chief Justice Cholendra Shumsher JB Rana has made it clear that he has no involvement in making Gajendra Hamal a minister.

He said this during a meeting with the office-bearers, including the president, of Nepal Bar Association here today, he said he has not told any leader (of political party) to make anyone the government minister.

“I have nowhere said that my brother-in-law be made a minister. It’s only a fluke that Hamal happened to be my brother-in-law. But I am not involved in it (his appointment as minister),” Nepal bar Association general secretary Lilamani Poudyal quoted the Chief Justice as saying in the meeting.

Poudyal was talking to journalists after a meeting with the Chief Justice. As he said, Chief justice JBR stated in the meeting that he was serious regarding all topics raised by the Bar and would immediately start working to that end.

It is said that a full court meeting of all the justices of the Supreme Court would be held at 10.30 pm on Monday regarding reform in the entire judiciary and extensive discussions would be held in that meeting with the participation of the Bar as well.

The Bar met with the Chief Justice and called his attention citing non-implementation of the report prepared by a committee formed under Justice Hari Krishna Karki and not showing eagerness in the development of an independent judiciary. The Bar had decided on Friday to meet with the Chief Justice and draw his attention on these issues, among others.

Bar president Chandeshwor Shrestha said that talks were held with the Chief Justice on contemporary issues and these topics would be discussed in the full meeting of the Supreme Court scheduled for Monday before reaching a conclusion.

Bar general secretary Poudyal said discussions were held during the meeting that work in this regard would be initiated on Tuesday itself as per that suggestion.