Hotels and restaurants partially reopened in Pokhara from today

Hotels and restaurants partially reopened in Pokhara from today 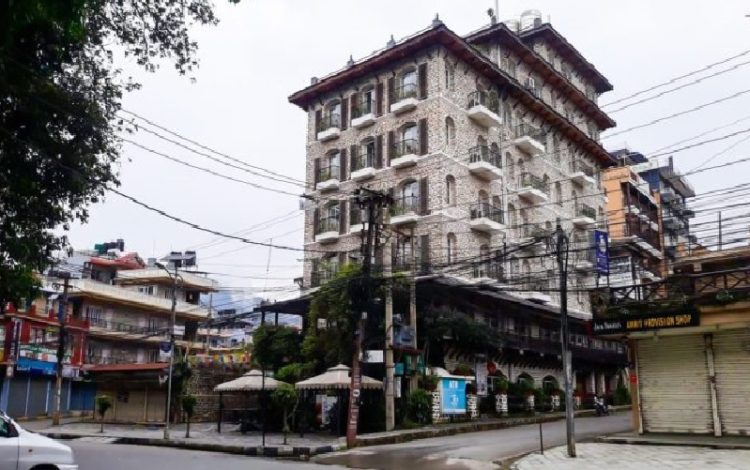 Bijay Nepal, Pokhara, Sept.17 : Most of the hotels in Lakeside were seen padlocked today. Since last 6 months, hotels in Pokhara were bearing deserted look.

From today government has given permission to open hotels and restaurants to resume their services but most of them are shut down.

Hotel Landmark in Lakeside has opened partially. Raju Pandey, the operator of the Landmark said that there were 104 staff before the lockdown but only 25 staff have been called to provide partial service after government allowed to resume the service.

According to the president of Hotel Association of Nepal (HAN), Bikal Tulachan, 20 percent hotels were opened during those lockdown days when there were no public transport and internal flight service but later on they were also shut after cases of COVID-19 increased in the nation.

Bikal who also runs Hotel Fair Mount in Hallanchowk, Lakeside is not in favour of opening his own hotel from today as government is not stable in it’s own decision on imposing and removing the lockdown.

Meanwhile, Hotel Kailash is ready to provide lodging service for guests. Naresh Bhattrai, the operator of the hotel informed that 2 guests from Kathmandu have booked the room for today.

There are 400 hotels in Pokhara affiliated to HAN and total number of hotels in town is 700. There are about 100 restaurants in Pokhara.

According to the tourism entrepreneurs there is investment of RS 1.25 billion in tourism industry of Pokhara.