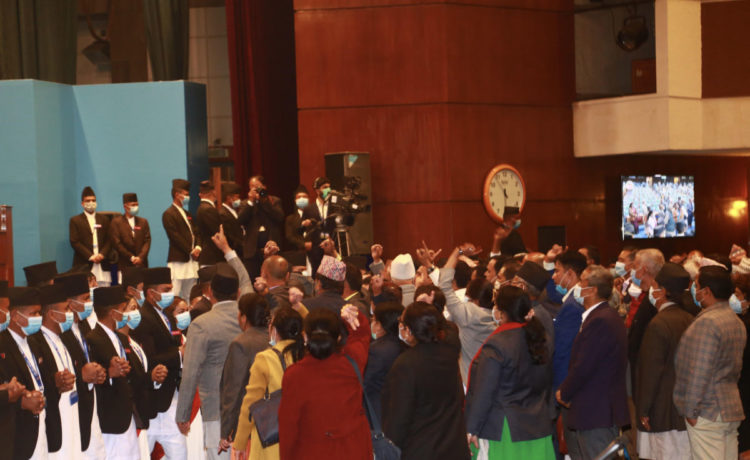 Kathmandu, March 7 : The House of Representative (HoR) meeting adjourned for 10 minutes has been postponed  until 1 pm on March 10.

The meeting was adjourned for 10 minutes by Speaker Agni Prasad Sapkota after obstruction and boycott by one faction of the main opposition party Nepali Congress and the Communist Party of Nepal (CPN).

Today’s first sitting of the House of Representatives has come to a standstill due to a dispute over whether to present the ordinances issued by the government on different dates in the House and whether to move ahead with other agendas.

As soon as the speaker took up the issues on the agenda of the meeting, the main opposition and the Dahal-Nepal faction boycotted the proceedings of the parliament.