HoR meeting disturbed due to protest

HoR meeting disturbed due to protest 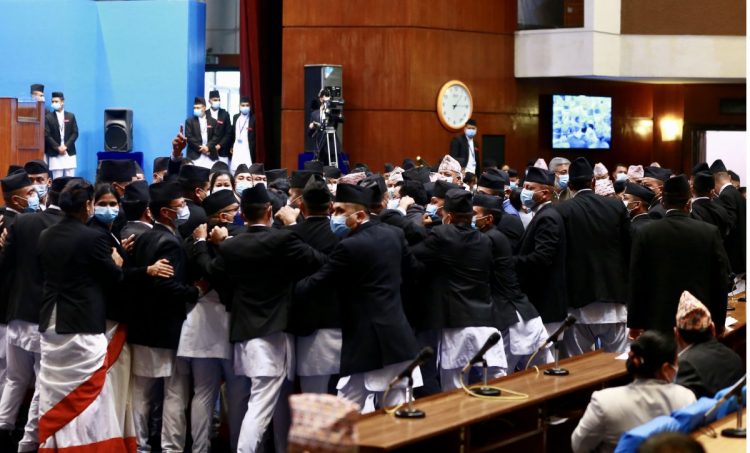 Kathmandu: Today’s meeting of the House of Representatives has been put off for 15 minutes due to protest of the main opposition party, CPN (UML).

Speaker Agni Prasad Sapkota announced the postponement of the meeting for 15 minutes after lawmakers of the CPN (UML) continued chanting slogans.

The Speaker requested the opposition lawmakers to create environment conducive to run the House business smoothly. He said that it was the responsibility of all to implement the HoR Regulations, urging them to put forth their views in the Parliament.

Speaker Sapkota put off the meeting for 15 minutes after the CPN (UML) lawmakers continued their protest and chanting slogans.

Earlier, the main opposition party, CPN (UML), obstructed the lower House meeting.
The CPN (UML) lawmakers chanted slogans and demonstrated in the House soon after Speaker Sapkota announced the beginning of the meeting.

The Speaker urged them to help run the House business as the issues being raised by the CPN (UML) lawmakers are under consideration at the court and many issues related to livelihood have to be tabled in the House.

The opposition party continued the protest chanting slogans ignoring the Speakers request. Meanwhile, Speaker Sapkota drew their attention to the fact that there is a ban to raise the issues that are under consideration in the court.

Three meetings of the HoR were put off due to protest of the main opposition party on Wednesday.