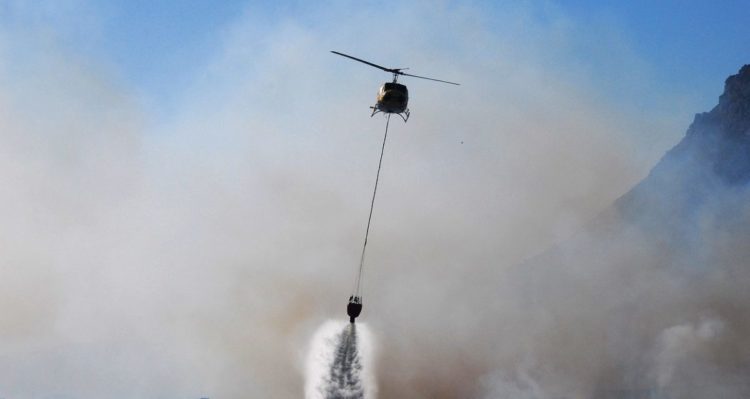 Kathmandu, April 11 : A helicopter has been mobilized to contain the forest fire occurred in the Shivapuri Nagarjun National Park area in Kathmandu on Sunday noon.

A bucket with a capacity to carry 1,000 litre of water is fixed in the helicopter to extinguish the forest fire in the site, according to Anil Pokharel, the Chief Executive Officer of the National Disaster Risk Reduction and Management Authority.

Earlier, the locals and security personnel from the Nepali Army, Nepal Police, Armed Police Force, Nepal and concerned authorities had tried to contain the fire but to no avail.

Efforts to douse the forest fire are underway and the fire is likely to put out, informed Pokharel. The helicopter has been using the water from the pond made to filter the water of the Melamchi Drinking Water Project at Sundarijal.