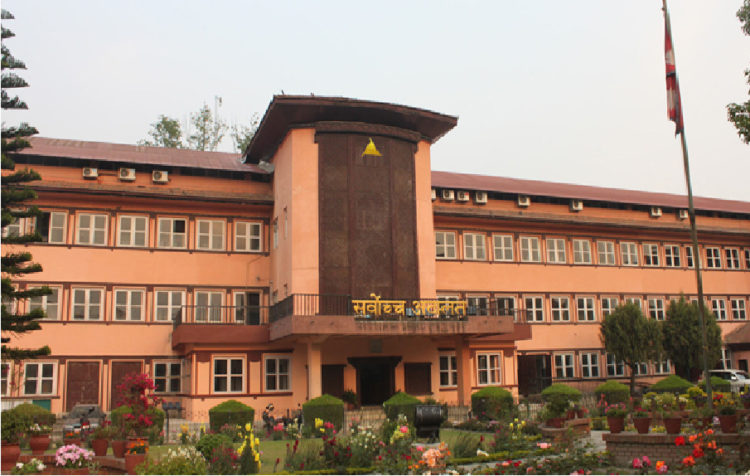 The order stated, “As writ petitions have raised serious question of constitutional interpretation as per the Article 137 (3) of the Nepal Constitution, hearing shall not be conducted as demanded by the petitioners but in line with the law”.

In a hearing that took place on the writs since 1 January 2021, there has been a dispute between the representatives of petitioners and defendants regarding whether the writs should be heard by the Constitutional Bench or in the extended full bench.

Next hearing on the writs has been set for 17 January.

In today’s hearing, senior advocate Raman Kumar Shrestha, who has been advocating on behalf of the petitioners, argued that the December 20 cabinet meeting did not refer any Article of the Nepal Constitution while making recommendation for HoR dissolution but the President did while endorsing the recommendation and demanded sealing off the original copy of the recommendation document of the Council of Ministers.

They have also sought an appropriate order from the court for carrying out the works of the House of Representatives.