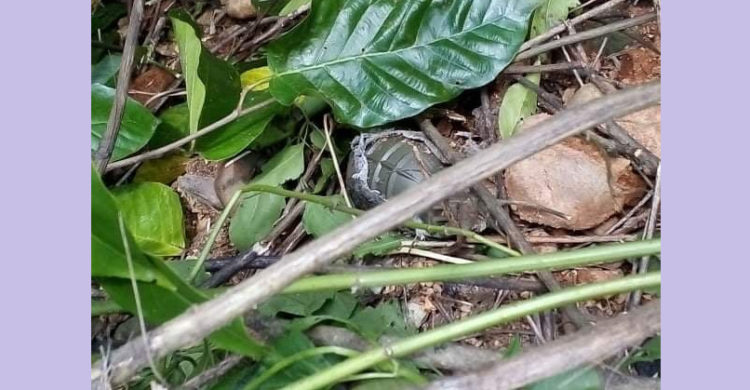 Nawalpur: A hand grenade bomb found in the forest of Kawasoti-14, Koltandi area has been defused. The farmer had informed the police after seeing the bomb on Saturday while cutting fodders.

According to Prakash Malla, Superintendent of Police, District Police Office, Nawalpur, the bomb was detonated by the Nepal Army’s Kalidhwaj Battalion.

It is suspected that the bomb may have been dropped by the Maoists during the People’s War.