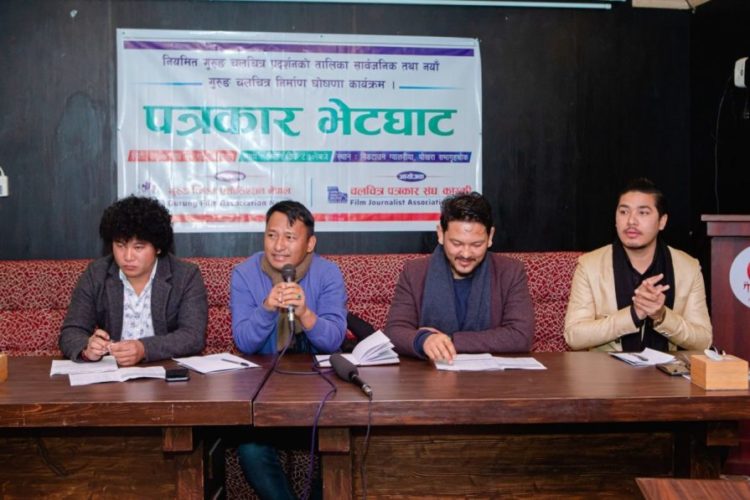 At a press conference organized by the Film Journalists Association Kaski in Pokhara on Sunday, Bhoj Bahadur Gurung, president of the Gurung Film Association Nepal, said that the Gurung film would be screened regularly in Mid Town cinema hall from February 5.

He said that they are happy with the 25th anniversary of the production of Gurung movie and now they are moving forward with the idea of ​​spreading it to the general community through cinema halls. Bhoj Bahadur Gurung said, “Even after a long journey of 25 years, Gurung film has not been able to develop and expand.

We felt that Gurung movies should no longer be limited to the community. Therefore, the film will be regularly screened at Midtown Gallery in Pokhara on Friday and Saturday from February 5.

He said that an agreement has been reached with Midtown to perform not only for a limited period but also continuously. Gurung also mentioned that Gurung Film Association Nepal (GFAN) is planning to screen Gurung films in all halls of the country later.

He said that regular film screenings will not force filmmakers to sell movie tickets at the doorsteps of the viewers and forcing viewers to watch movies on expensive tickets.  They believe that the problem of being limited in the community will be solved.

Lifson Gurung, General Secretary of GFAN, has made public the schedule of Gurung films to be screened regularly from February 5 to August 21. According to him, the movie ‘Karma Kya’ directed by Jasu Gurung will be screened on February 5 and 6 under the banner of Tamu Films Pvt.