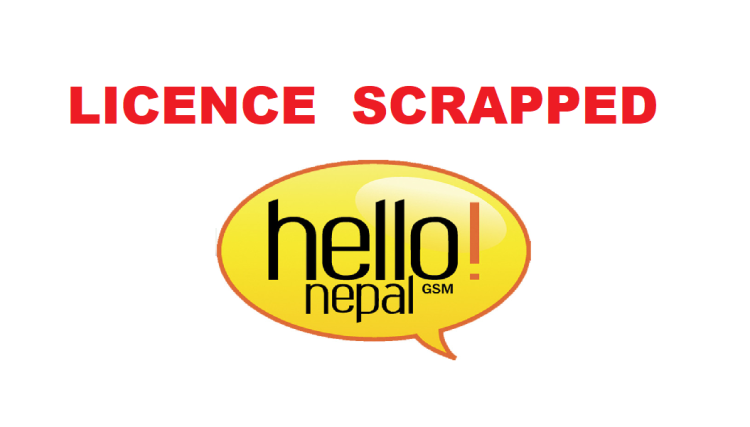 Kathmandu: The government has scrapped the licence of Nepal Satellite Telecom Pvt Ltd (Hello Nepal). The licence cancellation that came into effect from Friday follows failure by Hello Nepal to pay its longstanding dues to the government, said the Nepal Telecommunications Authority (NTA).

The company responded that the NTA could not scrap its licence as it demanded additional time period to pay the dues in installment as decided by the Cabinet, said the NTA Spokesperson Santosh Poudel.
Unsatisfied with the response sent by the company, the NTA cancelled its licence basing the decision of the Council of Ministers in the Nepali month of Poush, 2076 BS.

The Company owns dues under several heading to the NTA. It is yet to pay frequency charge, royalty, amount to be deposited in the Rural Telecommunications Fund and license renewal fees.

Acting on the Company’s appeal, a meeting of the Council of Ministers on January 6, 2020 agreed to give a time facility to the Company for proceedings towards keeping the license validated.

The Company was advised to pay the first installment within in the current fiscal year (2019-20) and to clear all dues within the next five years. In case of the non-payment of dues within the given time, the license would be automatically cancelled.

Abiding by the Council of Ministers’ decision, NTA had given it five years to pay Rs 1.387 billion. The Company, however, had paid Rs 2.15 million to the NTA as the first installment.

The NTA has already decided to cancel the license citing the non-clearance of dues as demanded by the Council of Ministers.