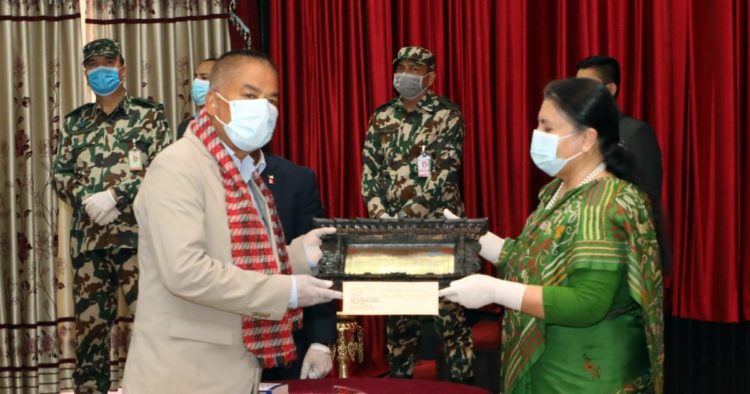 The prize was given away to Shrestha, editor of vernacular Drishti Weekly, at a programme organised at Office of the President on the occasion of the 51st anniversary of Press Council Nepal.

Similarly, ‘Pushpalal Memorial National Journalism Prize’ was given to senior journalist Hiranyalal Shrestha. The prize carries a purse of Rs 111,111.

Council’s Acting Chairman Kishor Shrestha said that only two prizes were handed over to the awardees at the Office of the President this year due to COVID-19.

Meanwhile, other prizes announced by the Council have been distributed at a function organised at its office in Sanchargram.