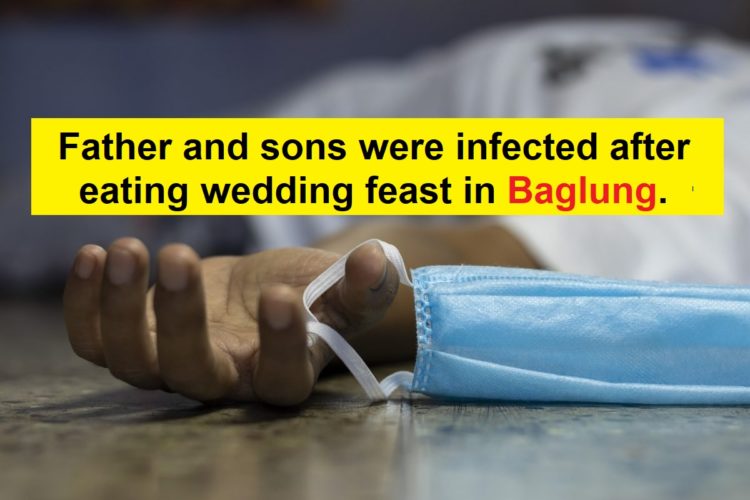 Baglung, May 14: Three members of the same family have died of corona infection in Badigad rural municipality-4 of Baglung district after eating marriage feast. They died within a week.

Those who ate wedding feast two weeks ago in Jaljala of Badigad-4 were infected. According to the locals, they had gone to the wedding party before being infected.

According to the health office, the deceased have been identified as 87-year-old father, 51-year-old elder son and 40-year-old younger son of the same family.